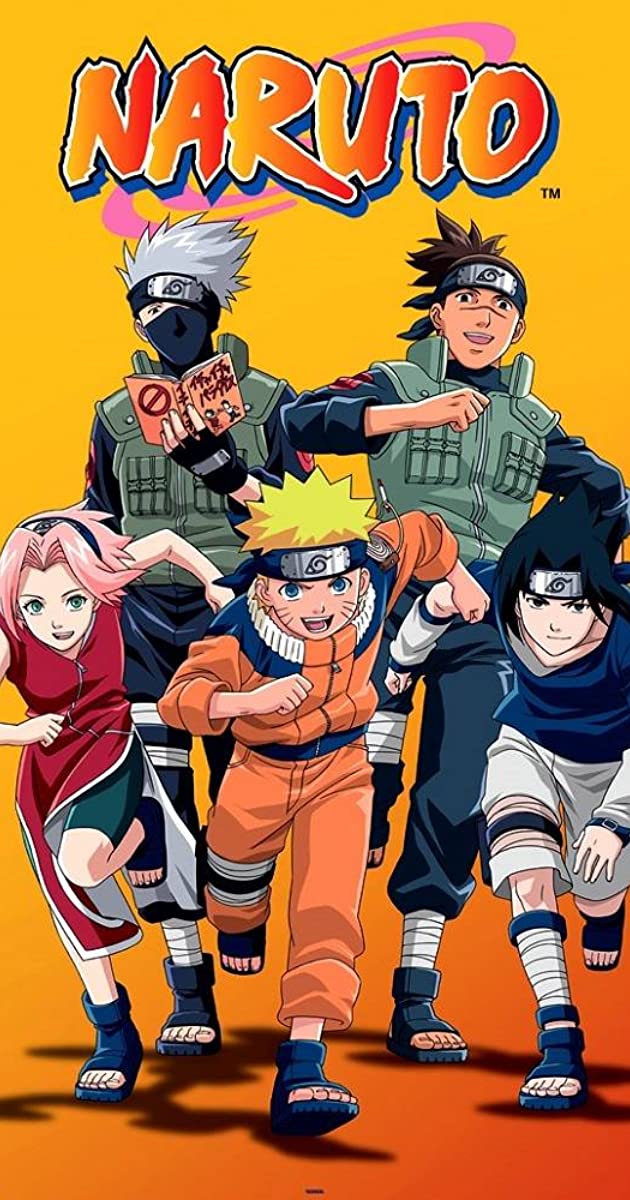 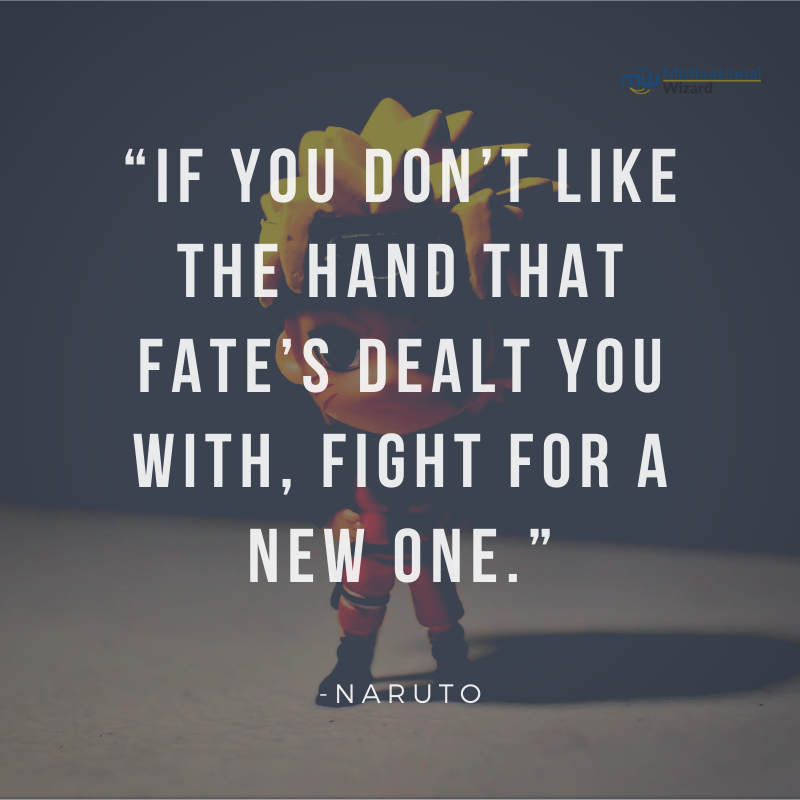 3. “If you don’t like your destiny, don’t accept it. Instead have the courage to change it the way you want it to be.”   -Naruto Uzumaki

4. “Growth occurs when one goes beyond one’s limits. Realizing that is also part of training.”   -Itachi Uchiha

5. “A smile is the easiest way out of a difficult situation.”   -Sakura Haruno 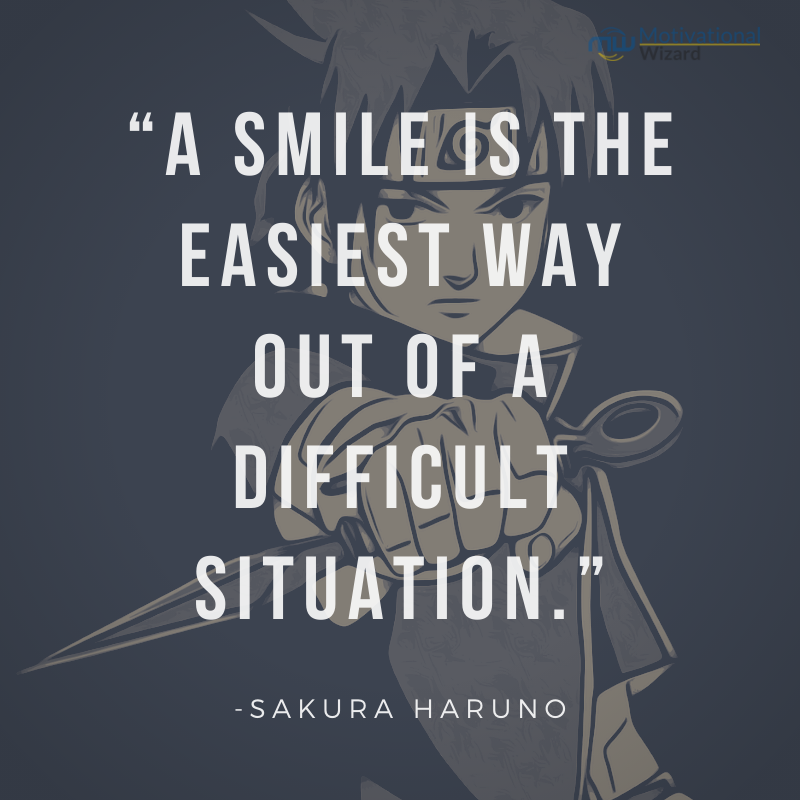 6. “Never give up without even trying. Do what you can, no matter how small the effect it may have!”   -Onoki

7. “The concept of hope is nothing more than giving up. A word that holds no true meaning.”   -Madara Uchiha

8. “Rejection is a part of any man’s life. If you can’t accept and move past rejection, or at least use it as writing material – you’re not a real man.”   -Jiraiya

9. “When people are protecting something truly special to them, they truly can become as strong as they can be.”   -Naruto

10. “Every one of us must do what’s in their power! If we’re going to die anyway, then it’s better to die fighting than to do nothing!”   -Sakura Haruno 15. “The moment people come to know love, they run the risk of carrying hate.”   -Obito Uchiha 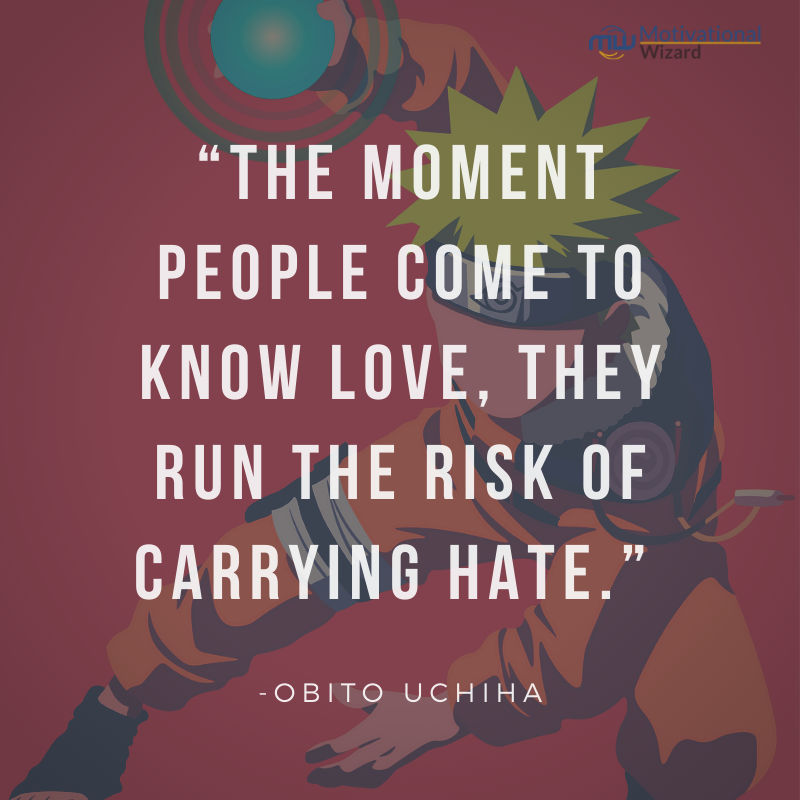 16. “Those who forgive themselves, and are able to accept their true nature… They are the strong ones!”   -Itachi Uchiha

17. “I want to be with you. From now on, I want to spend all and every single one of my days until I die with you, and only you.”   -Naruto Uzumaki

18. “Because they saved me from myself, they rescued me from my loneliness. They were the first to accept me for who I am. They’re my friends.”   -Naruto Uzumaki

19. “A place where someone still thinks about you is a place you can call home.”   -Jiraiya 21. “If you don’t share someone’s pain, you can never understand them.”   -Nagato

22. “Love breeds sacrifice, which in turn breeds hatred. Then you can know pain.”   -Naruto

23. “It is only through the eyes of others that our lives have any meaning.”   -Haku

25. “Hard work is worthless for those that don’t believe in themselves.”   -Naruto 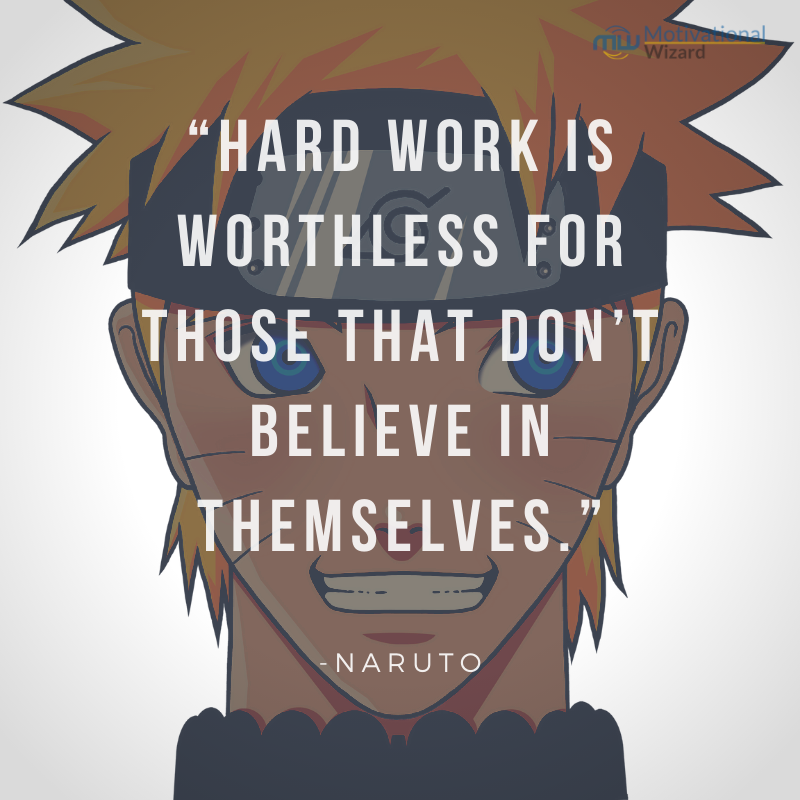 26. “It’s not the face that makes someone a monster, it’s the choices they make with their lives.”   -Naruto

27. “Knowledge and awareness are vague, and perhaps better called illusions. Everyone lives within their own subjective interpretation.”   -Itachi Uchiha

28. “A person grows up when he’s able to overcome hardships. Protection is important, but there are some things that a person must learn on his own.”   -Jiraiya

29. “While you’re alive, you need a reason for your existence. Being unable to find one is the same as being dead.”   -Naruto

30. “The things that are most important aren’t written in books. You have to learn them by experiencing them yourself.”   -Sakura Haruno You may also like to read inspirational quotes for men

31. “Never underestimate your opponent, no matter how small they may seem.”   -Shino Aburame

32. “Even if it’s been a while, you should remember your comrades faces. Why? Because otherwise you will hurt their feelings when they call out to you.”   -Shino Aburame

33. “It’s human nature not to realize the true value of something, unless they lose it.”   -Orochimaru

34. “People who continue to put their lives on the line to defend their faith become heroes and continue to exist on in legend.”   -Naruto Uzumaki

35. “Listen to yourself whining and complaining like some sorry little victim. You can whimper all day long for all I care, you’re nothing but a coward.”   -Naruto 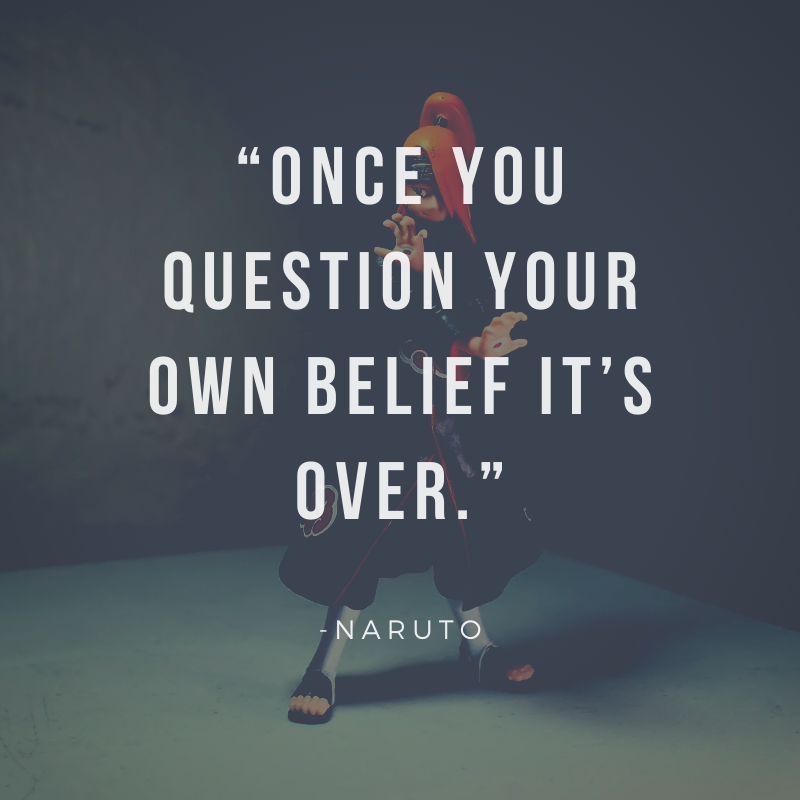 37. “When you give up, your dreams and everything else they’re gone.”   -Naruto

38. “The ones who aren’t able to acknowledge their own selves are bound to fail.”   -Itachi Uchiha

39. “Either people change or they die before they do. It’s one or the other.”   -Orochimaru 41. “Even the strongest of opponents always has a weakness.”   -Itachi Uchiha

42. “I’d be lying if I said things are going according to my plan… but beggars can’t be choosers, right?”   -Madara Uchiha

43. “Maybe, just maybe, there is no purpose in life… but if you linger a while longer in this world, you might discover something of value in it.”   -Orochimaru

44. “In the ninja world, those who don’t follow the rules are trash. But, those who abandon their friends are even worse than trash.”   -Obito Uchiha 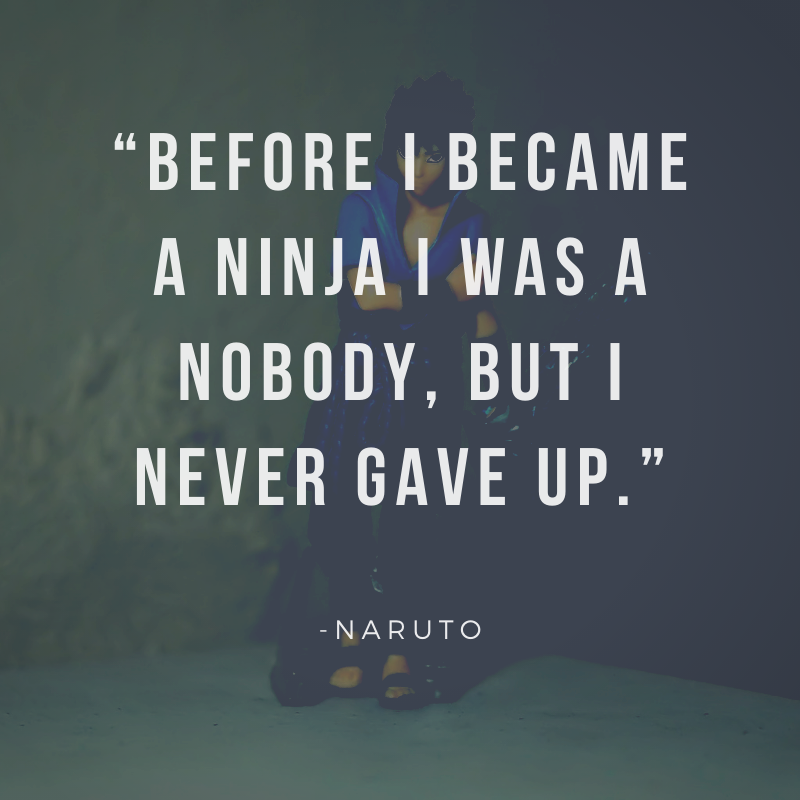 46. “Now I feel that maybe knowing who I actually am is the key to reach perfection. Because that means knowing what I can and cannot do.”   -Itachi Uchiha

47. “The longer you live… The more you realize that reality is just made of pain, suffering and emptiness.”   -Madara Uchiha

48. “The pain of being alone is completely out of this world, isn’t it? I don’t know why, but I understand your feelings so much, it actually hurts.”   -Naruto Uzumaki

49. “Love is not necessary, power is the only true necessity.”   -Madara Uchiha 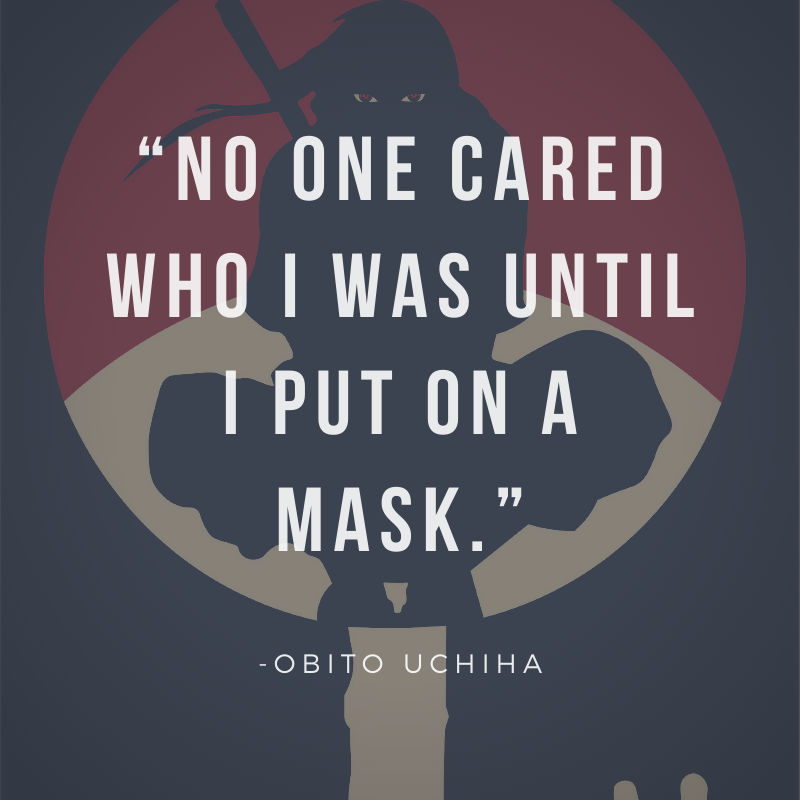 Top 30 Quotes On Unforgettable “The Lord Of The Rings”