1. “Workers of the world unite; you have nothing to lose but your chains.” 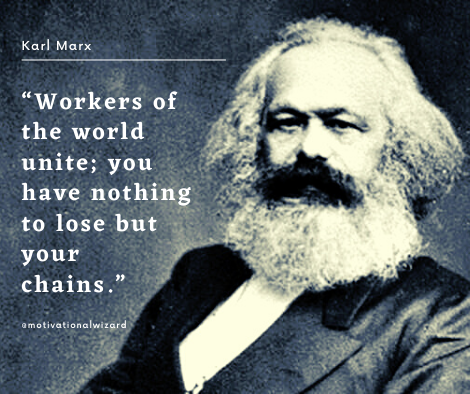 2. “Democracy is the road to socialism.”

3. “The philosophers have only interpreted the world, in various ways: the point, however, is to change it.”

4. “Follow your own path, no matter what people say.”

5. “History repeats itself, first as tragedy, second as farce.”

6. “Religion is the opium of the masses.”

7. “In the eyes of dialectical philosophy, nothing is established for all times, nothing is absolute or sacred.”

9. “The last capitalist we hang shall be the one who sold us the rope.”

11. “My object in life is to dethrone God and destroy capitalism.”

12. “If you can cut the people off from their history, then they can be easily persuaded.”

13. “Money is the alienated essence of man’s work and existence; this essence dominates him and he worships it.”

14. “Ideas do not exist separately from language.”

15. “Money degrades all the gods of man and converts them into commodities.”

16. “Religion is the sigh of the oppressed creature, the heart of a heartless world, and the soul of soulless conditions. It is the opium of the people.”

17. “Let the ruling classes tremble at a communist revolution. The proletarians have nothing to lose but their chains. They have a world to win. Workingmen of all countries, unite!”

19. “The entire so-called history of the world is nothing but the creation of man through human labor.”

20. “Communism is the riddle of history solved, and it knows itself to be this solution.” 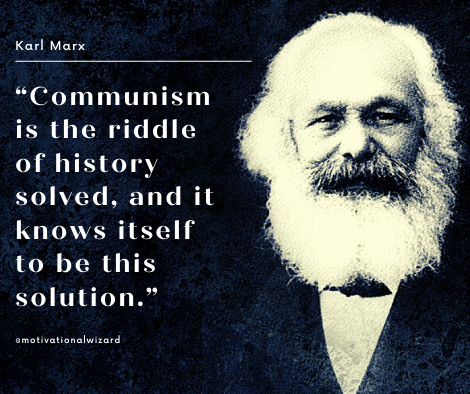 22. “There is only one way to kill capitalism – by taxes, taxes, and more taxes.”

24. “In my free time I do differential and integral calculus.”

25. “The alienation of man thus appeared as the fundamental evil of capitalist society.”

27. “Luxury is the opposite of the naturally necessary.”

28. “Men make their own history but not in circumstances of their own choosing.”

29. “The true law of economics is chance, and we learned people arbitrarily size on a few moments and establish them as laws.”

30. “There is only one effective antidote for mental suffering and that is physical pain.” 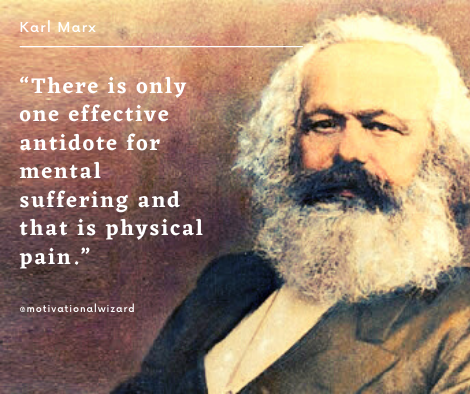 31. “Be careful to trust a person who does not like wine.”

33. “The task is not just to understand the world but to change it.”

34. “The education of all children, from the moment that they can get along without a mother’s care, shall be in state institutions.”

35. “The criticism of Religion is the beginning of all criticism.”

36. “Experience praises the most happy the one who made the most people happy.”

37. “Fascism in power is the open, terroristic dictatorship of the most reactionary, the most chauvinistic, the most imperialistic elements of finance capitalism.”

38. “To destroy Christianity, we must first destroy the British Empire.”

39. “Beauty is the main positive form of the aesthetic assimilation of reality, in which aesthetic ideal finds it direct expression.”

40. “The past lies like a nightmare upon the present.” 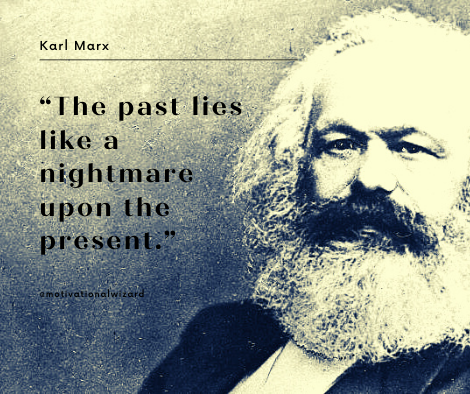 41. “Go on, get out – last words are for fools who haven’t said enough. To his housekeeper, who urged him to tell her his last words so she could write them down for posterity.”

42. “The religious world is but a reflex of the real world.”

43. “Every beginning is difficult, holds in all sciences.”

44. “The theory of Communism may be summed up in one sentence: Abolish all private property.”

46. “The first requisite for the happiness of the people is the abolition of religion.”

47. “Money plays the largest part in determining the course of history.”

49. “The weapon of criticism can never replace the criticism of weapons.”

50. “I am a machine condemned to devour books.” 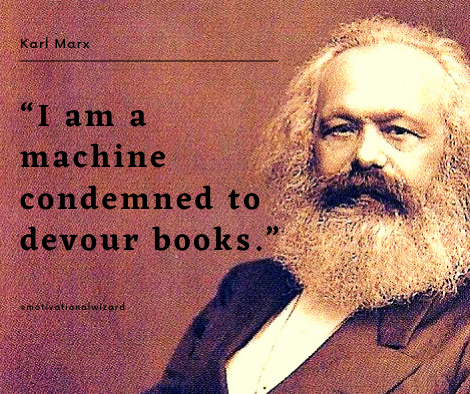 51. “In reality, the labourer belongs to capital before he has sold himself to capital.”

52. “Every emancipation is a restoration of the human world and of human relationships to a man himself.”

53. “Capital is dead labor, which, vampire-like, lives only by sucking living labor, and lives the more, the more labor it sucks.”

54. “The traditions of the dead generations weigh like a nightmare upon the living.”

55. “Under no pretext should arms and ammunition be surrendered; any attempt to disarm the workers must be frustrated, by force if necessary.”

56. “All science would be superfluous if the outward appearance and the essence of things directly coincided.”

58. “Science and democracy are the right and left hands of what I’ll refer to as the move from the realm of necessity to the realm of freedom.”

59. “The need of a constantly expanding market for its products chases the bourgeoisie over the entire surface of the globe.”

60. “No production without a need. But consumption reproduces the need.” 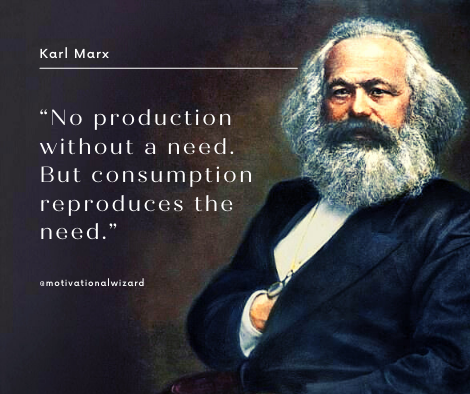 50 Bob Ross Quotes That Will Make You A Better Person

Top 100 Quotes By Famous People About Love, Life And Success