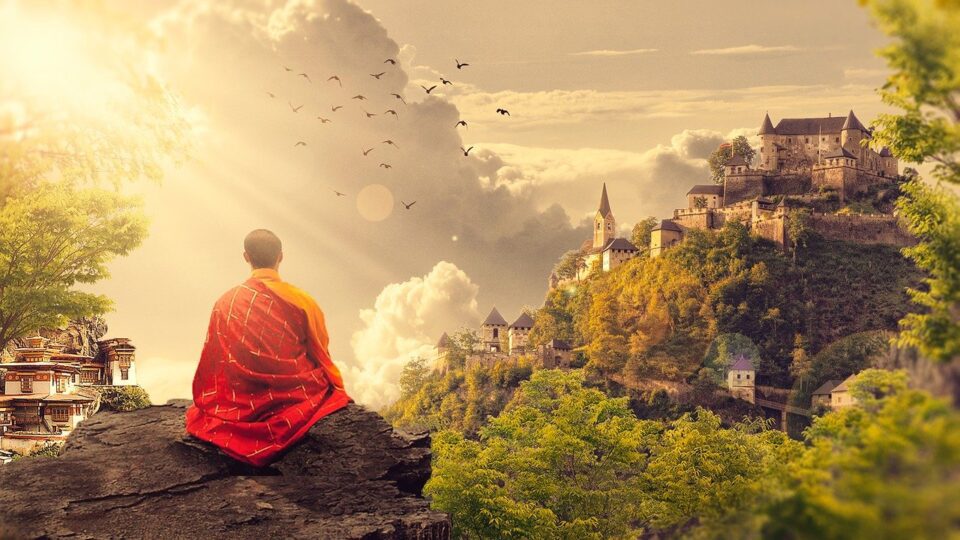 Gautam Buddha was a spiritual guru and founder of Buddhism. He gave enlightenment to a lot of people with his ideology which is taught even now in the west.

Buddha got his realization after devoting several years in deep meditation and he discovered that attachment and desire causes sadness.

He always believed that if you want to get your soul realized, you must have compassionate thoughts, relieved from attachments and engrossed in the present.

He taught others all his life that how to get rid of unhappiness and live a life full of compassion and peace.

We have collected some of the best Buddhist quotes that can help you manage your actions, anger, health, mind and soul. Go through our collection and if you find your favorites, share them with your friends and family to spread love and peace all over the world.

1. The reason Buddhism can be so naturalised is because, stripped of its supernatural elements, its core teachings can be giving a sound, secular philosophical interpretation. In other words, it becomes a religion acceptable to the contemporary, naturalistic mind only when it ceases to be a religion.-Julian Baggini

2. Love and compassion are necessities, not luxuries. Without them humanity cannot survive.-Dalai Lama

3. Those who see worldly life as an obstacle to Dharma see no Dharma in everyday actions. They have not yet discovered that there are no everyday actions outside of Dharma.-Dogen Zenji

4. All suffering is caused by one belief….the belief in separation.-Vivian Amis

6. Harmonizing opposites by going back to their source is the distinctive quality of the Zen attitude, the Middle Way: embracing contradictions, making a synthesis of them, achieving balance.-Taisen Deshimaru

7. The one who has conquered himself is a far greater hero than he who has defeated a thousand times a thousand men.-Buddha

8. Buddhism isn’t about temples, and incense, and shaved heads, and robes. It’s not about church. There are aspects of Buddhism that involve that. People enjoy that, it helps them, it strengthens their practice.-Frederick Lenz

9. Buddhism is really, one of its main practices is understanding and experiencing compassion, and how that ultimately is a road to happiness.-Goldie Hawn

11. If you want to experience the unalloyed ecstasy of life, you can accomplish this through the twin Buddhist practices of meditation and mindfulness.-Frederick Lenz

13. Buddhism is all about finding your own way, not imitating the ways of others or even the ways of Buddha himself.-Brad Warner

14. Buddhism talks about the possibility of transforming greed, hatred, and delusion. But sometimes need turns into greed.-Jack Kornfield

15. I come to realize that mind is no other than mountains and rivers and the great wide earth, the sun and the moon and stars.-Dogen Zenji

17. In Buddhism what we seek to do is change ourselves into someone who’s beautiful to be.-Frederick Lenz

18. Buddhism itself is all about empowering yourself, not about getting what you want.-Pema Chodron

19. Here in this body are the sacred rivers, here are the sun and moon, as well as the pilgrimage places. I have not encountered another temple as blissful as my own body-Saraha

21. Buddhism doesn’t tell you what is false and what is true but it encourages you to find out for yourself.-Chogyam Trungpa

22. Buddhism is the process of getting to that part of us that is always eternally happy.-Frederick Lenz

23. Buddhism doesn’t come from anybody. It exists by itself.-Frederick Lenz

25. In the sky, there is no distinction of east and west; people create distinctions out of their own minds and then believe them to be true.-Buddha

26. The point of the spiritual revolution is not to become a good Buddhist, but to become a wise and compassionate human being, to awaken from our life of complacency and ignorance and to be a buddha.-Noah Levine

27. We are shaped by our thoughts; we become what we think. When the mind is pure, joy follows like a shadow that never leaves.-Gautama Buddha

28. Zen Buddhism is a discipline where belief isn’t necessary.-David Sylvian

29. Buddhism has a very beautiful teaching that says the worst thing you can do to your soul is to tell someone their faith is wrong.-Ricky Martin

30. The tongue like a sharp knife … Kills without drawing blood.-Gautama Buddha

Quotes About Changing The World And Making A Difference