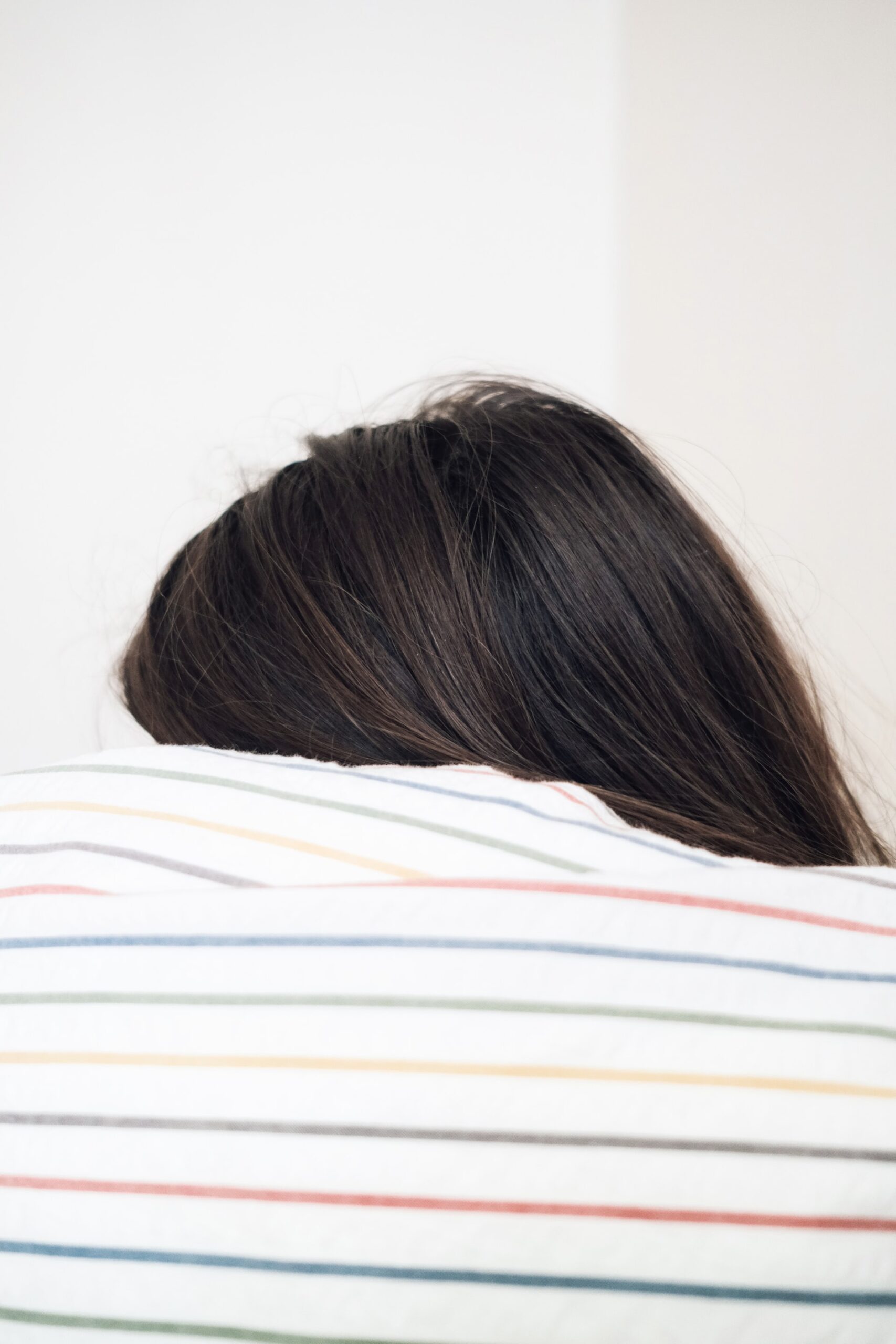 Carl Gustav Jung (1875-1961) was a Swiss psychiatrist and psychoanalyst. He founded analytic psychology, which was in some aspects a response to Sigmund Freud’s psychoanalysis.

In his teens, he discovered philosophy and later on became a research scientist at the famous Burghölzli hospital, under Eugen Bleuler. In later years, he became a professor of psychology at the Federal Polytechnical University in Zürich. Here are 60 powerful Carl Jung quotes.

1. “The creation of something new is not accomplished by the intellect but by the play instinct acting from inner necessity. The creative mind plays with the objects it loves.” -Carl Jung

2. “The rational attitude which permits us to declare objective values as valid at all is not the work of the individual subject, but the product of human history.” -Carl Jung

3. “To ask the right question is already half the solution of a problem.” -Carl Jung

5. “To me dreams are part of nature, which harbors no intention to deceive but expresses something as best it can.”-Carl Jung

8. “Where love rules, there is no will to power, and where power predominates, love is lacking. The one is the shadow of the other.”  -Carl Jung

9. “Nobody can achieve happiness through preconceived ideas, one should rather call it a gift of the gods. It comes and goes, and what has made you happy once does not necessarily do so at another time.” -Carl Jung

10. “Who looks outside, dreams; who looks inside, awakes.” -Carl Jung

11. “There is no coming to consciousness without pain.”-Carl Jung

12. “Knowledge rests not upon truth alone, but upon error also.”-Carl Jung

13. “It all depends on how we look at things, and not how they are in themselves.” -Carl Jung

14. “A man who has not passed through the inferno of his passions has never overcome them.” -Carl Jung

15. “Great talents are the most lovely and often the most dangerous fruits on the tree of humanity. They hang upon the most slender twigs that are easily snapped off.”-Carl Jung

16. “Often the hands will solve a mystery that the intellect has struggled with in vain.” -Carl Jung

17. “The debt we owe to the play of imagination is incalculable.” -Carl Jung

18. “We cannot change anything until we accept it. Condemnation does not liberate, it oppresses.” -Carl Jung

20. “Nobody, as long as he moves among the chaotic currents of life, is without trouble.”-Carl Jung

21. “If such a thing can happen to a man, it challenges his best and highest on the other side; that is to say, this depth corresponds to a potential height, and the blackest darkness to a hidden light.”-Carl Jung

22. “Whether they apply themselves to good things or to bad. And if this is lacking, no teacher can supply it or take its place.” -Carl Jung

23. “Creative powers can just as easily turn out to be destructive. It rests solely with the moral personality.”-Carl Jung

24. “Faith, hope, love, and insight are the highest achievements of human effort. They are found-given-by experience.” -Carl Jung

25. “As far as we can discern, the sole purpose of human existence is to kindle a light in the darkness of mere being.”-Carl Jung

26. “Mistakes are, after all, the foundations of truth, and if a man does not know what a thing is, it is at least an increase in knowledge if he knows what it is not.” -Carl Jung

27. “The most intense conflicts, if overcome, leave behind a sense of security and calm that is not easily disturbed. It is just these intense conflicts and their conflagration which are needed to produce valuable and lasting results.” -Carl Jung

28. “In all chaos there is a cosmos, in all disorder a secret order.” -Carl Jung

29. “Nobody can fall so low unless he has a great depth.” -Carl Jung

30. “Whatever is rejected from the self, appears in the world as an event.”-Carl Jung

31. “Find out what a person fears most and that is where he will develop next.”-Carl Jung

32. “Wholeness is not achieved by cutting off a portion of one’s being, but by integration of the contraries.”-Carl Jung

33. “Man needs difficulties; they are necessary for health.”-Carl Jung

34. “Where wisdom reigns, there is no conflict between thinking and feeling.” -Carl Jung

35. “No tree, it is said, can grow to heaven unless its roots reach down to hell.”-Carl Jung

36. “The pendulum of the mind oscillates between sense and nonsense, not between right and wrong.”-Carl Jung

37. “The acceptance of oneself is the essence of the whole moral problem and the epitome of a whole outlook on life.”-Carl Jung

38. “We cannot change anything unless we accept it. Condemnation does not liberate, it oppresses.”-Carl Jung

39. “The shoe that fits one person pinches another; there is no recipe for living that suits all cases.”-Carl Jung

40. “Resistance to the organized mass can be effected only by the man who is as well organized in his individuality as the mass itself.” -Carl Jung

41. “I shall not commit the fashionable stupidity of regarding everything I cannot explain as a fraud.”-Carl Jung

42. “Everything that irritates us about others can lead us to a better understanding of ourselves.” -Carl Jung

43. “The greatest and most important problems of life are all fundamentally insoluble. They can never be solved but only outgrown.”-Carl Jung

44. “Knowing your own darkness is the best method for dealing with the dark nesses of other people.”-Carl Jung

45. “How can I be substantial if I do not cast a shadow? I must have a dark side also If I am to be whole.”-Carl Jung

46. “That which compels us to create a substitute for ourselves is not the external lack of objects, but our incapacity to lovingly include a thing outside of ourselves.” -Carl Jung

47. “I regret many follies which sprang from my obstinacy; but without that trait I would not have reached my goal.” -Carl Jung

48. “Every human life contains a potential, if that potential is not fulfilled, then that life was wasted…”-Carl Jung

49. “The first half of life is devoted to forming a healthy ego, the second half is going inward and letting go of it.”-Carl Jung

52. “The highest, most decisive experience is to be alone with one’s own self. You must be alone to find out what supports you, when you find that you can not support yourself. Only this experience can give you an indestructible foundation.” -Carl Jung

53. “To find out what is truly individual in ourselves, profound reflection is needed; and suddenly we realize how uncommonly difficult the discovery of individuality is.”-Carl Jung

54. “I have always been impressed by the fact that there are a surprising number of individuals who never use their minds if they can avoid it, and an equal number who do use their minds, but in an amazingly stupid way.”-Carl Jung

55. “Follow that will and that way which experience confirms to be your own.” -Carl Jung

56. “Man’s task is to become conscious of the contents that press upward from the unconscious.” -Carl Jung

57. “In each of us there is another whom we do not know.”-Carl Jung

58. “One does not become enlightened by imagining figures of light, but by making the darkness conscious.”-Carl Jung

59. “Sometimes, indeed, there is such a discrepancy between the genius and his human qualities that one has to ask oneself whether a little less talent might not have been better.”-Carl Jung

60. “Your vision will become clear only when you can look into your own heart. Who looks outside, dreams; who looks inside, awakes.” -Carl Jung

60 Powerful And Inspirational Quotes From Plato, The Father Of Western Philosophy

“No One Wants To Go Out Mid-Sentence.”-Johnny Depp

Quotes About Philosophy That Will Inspire You To Believe In Yourself