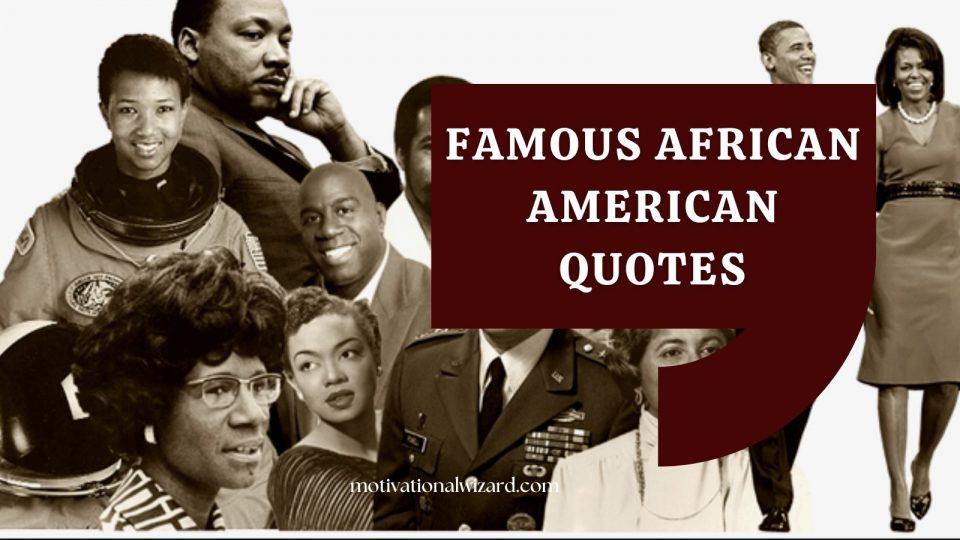 Civil rights leaders like Martin Luther King Jr. knew that social change was necessary but not easy. “If you can’t fly, you run. If you can’t walk, you walk. If you can’t walk, you crawl. But whatever you do, you have to move forward.” Seeing the humanity in ourselves and others is what inspires us in the face of adversity. These beautiful famous African American Quotes emphasize the importance of self-esteem and the need to be a positive influence on those around you.

Boldness, courage, determination. These and many other qualities drive us to achieve our dreams. The following key person quotes inspire us to keep fighting until we succeed. For decades, black strife, especially in the United States, has been featured in history books, news, and pop culture. From the civil rights movement of the 1960s to today’s Black Lives Matter movement, focusing on all the hardships can be overwhelming. In the digital age, we can see violence coming to the fore, with black men and women like George Floyd and Breonna Taylor being murdered at the hands of the police. is not just a battle. It’s about light, patience, and joy.

From Supreme Court justices to astronauts to famous tennis players to US presidents, this list offers a glimpse into the culture, art, music, sports, science, politics, and many other aspects of everyday life. Communities have enriched lives throughout history and beyond. As we’ve learned over the past few years, these days we can listen and learn a little more to be better allies to each other. This list of quotes is just the beginning. 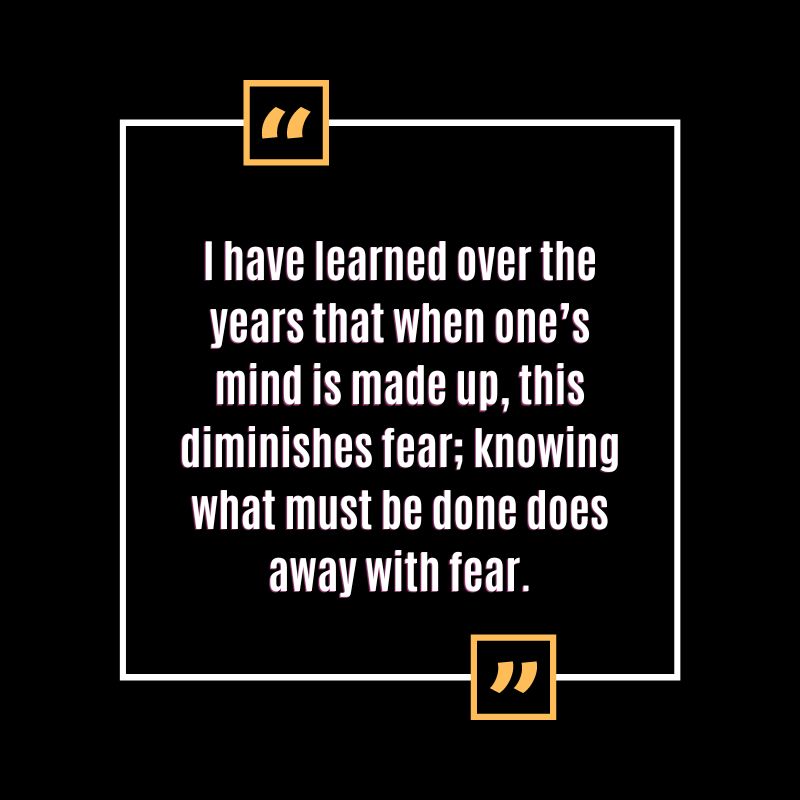 1. I have learned over the years that when one’s mind is made up, this diminishes fear; knowing what must be done does away with fear. -Rosa Parks

2. Freedom is never given; it is won. -A. Philip Randolph

3. Hold on to your dreams of a better life and stay committed to striving to realize it. -Earl G. Graves, Sr.

4. Hold fast to dreams, for if dreams die, life is a broken-winged bird that cannot fly. -Langston Hughes

5. Every great dream begins with a dreamer. Always remember, you have within you the strength, the patience, and the passion to reach for the stars to change the world. -Harriet Tubman

7. The time is always right to do what is right. –Martin Luther King, Jr.

8. What’s the world for if you can’t make it up the way you want it? -Toni Morrison

9. There are times in life when, instead of complaining, you do something about your complaints.

10. You can only become accomplished at something you love. Don’t make money your goal. Instead pursue the things you love doing and then do them so well that people can’t take their eyes off you. 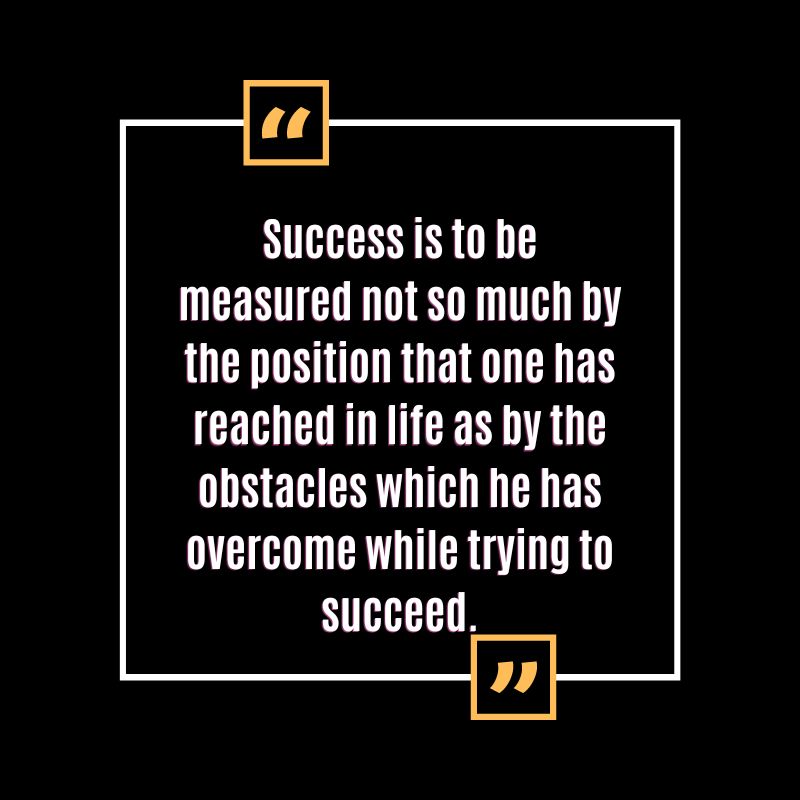 11. Success is to be measured not so much by the position that one has reached in life as by the obstacles which he has overcome while trying to succeed.

12. Whatever we believe about ourselves and our ability comes true for us.

13. I have discovered in life that there are ways of getting almost anywhere you want to go, if you really want to go.

14. The whole world opened to me when I learned to read.

16. Our mistreatment was just not right, and I was tired of it.

17. Injustice anywhere is a threat to justice everywhere.

18. Living in the moment means letting go of the past and not waiting for the future. It means living your life consciously, aware that each moment you breathe is a gift.

19. Whatever is bringing you down, get rid of it. Because you’ll find that when you’re free . . . your true self comes out.

20. Success is the result of perfection, hard work, learning from failure, loyalty, and persistence. 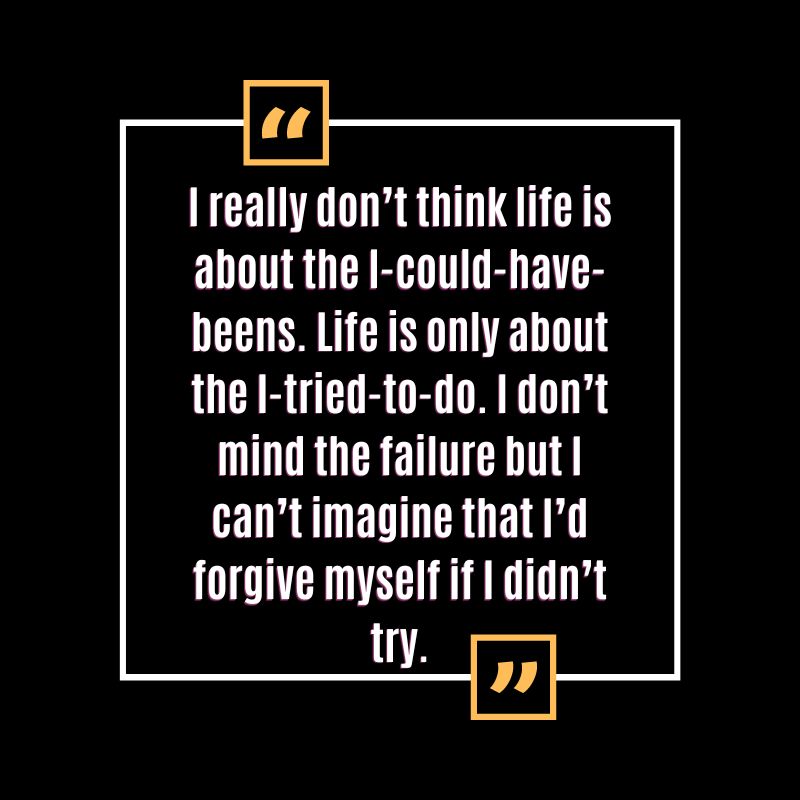 21. I really don’t think life is about the I-could-have-beens. Life is only about the I-tried-to-do. I don’t mind the failure but I can’t imagine that I’d forgive myself if I didn’t try.

22. It’s not the load that breaks you down, it’s the way you carry it.

23. I have come to believe over and over again that what is most important to me must be spoken, made verbal and shared, even at the risk of having it bruised or misunderstood.

25. No one should negotiate their dreams. Dreams must be free to flee and fly high. No government, no legislature, has a right to limit your dreams. You should never agree to surrender your dreams.

26. It is not our differences that divide us. It is our inability to recognize, accept, and celebrate those differences.

27. You’re not to be so blind with patriotism that you can’t face reality. Wrong is wrong, no matter who does it or says it.

28. I think education is power. I think that being able to communicate with people is power. One of my main goals on the planet is to encourage people to empower themselves.

29. Greatness occurs when your children love you, when your critics respect you and when you have peace of mind. 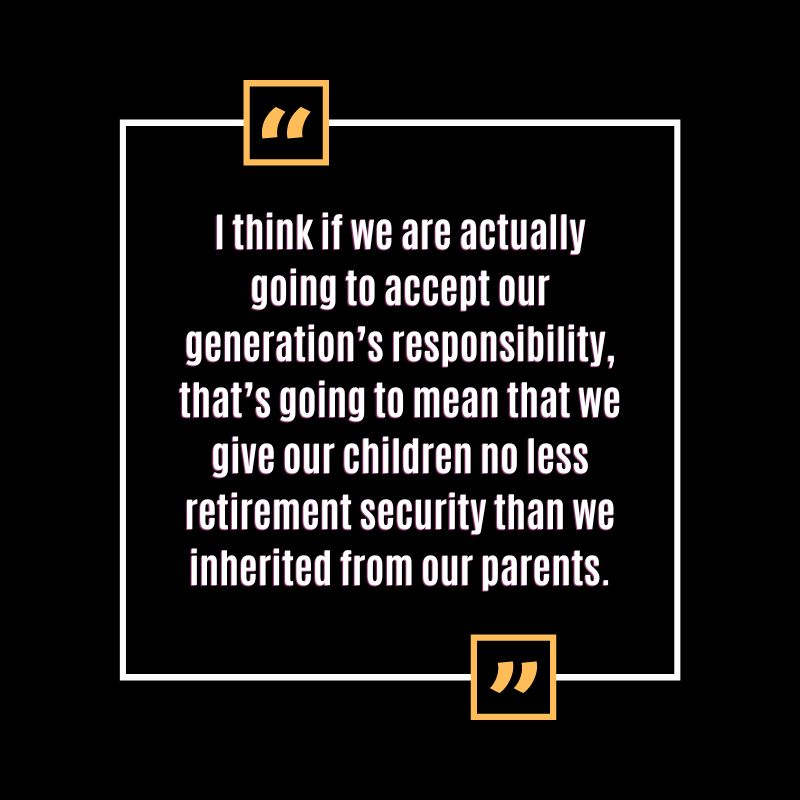 31. I think if we are actually going to accept our generation’s responsibility, that’s going to mean that we give our children no less retirement security than we inherited from our parents.

32. If you don’t like something, change it. If you can’t change it, change your attitude.

33. History has shown us that courage can be contagious, and hope can take on a life of its own.

34. Education is the most powerful weapon which you can use to change the world.

35. Our nation is a rainbow – red, yellow, brown, black, and white – and we’re all precious in God’s sight.

36. In recognizing the humanity of our fellow beings, we pay ourselves the highest tribute.

37. The cost of liberty is less than the price of repression.

40. Just don’t give up what you’re trying to do. Where there is love and inspiration, I don’t think you can go wrong. 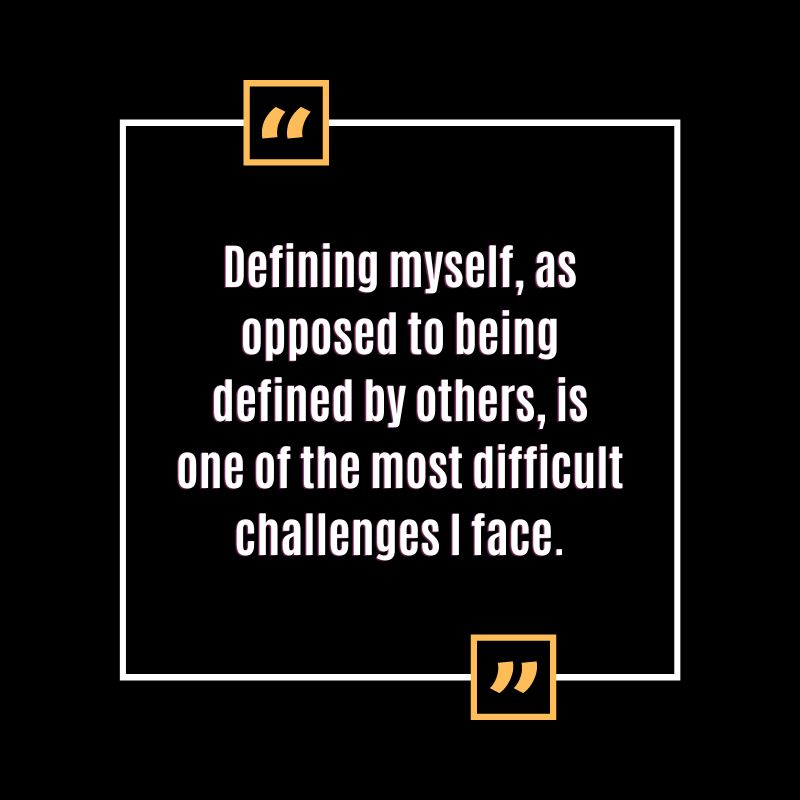 41. Defining myself, as opposed to being defined by others, is one of the most difficult challenges I face.

42. Every time you state what you want or believe, you’re the first to hear it. It’s a message to both you and others about what you think is possible. Don’t put a ceiling on yourself.

44. It isn’t where you come from; it’s where you’re going that counts.

45. When you do the common things in life in an uncommon way, you will command the attention of the world.

47. You can’t separate peace from freedom because no one can be at peace unless he has his freedom.

48. My humanity is bound up in yours, for we can only be human together.

49. A life is not important except in the impact it has on other lives.

With the revolutionary Black Lives Matter protests that have followed the unjust deaths of many black women and men across the United States so prominently in our minds, it’s time to look back in history. People like Winfrey have emerged as prominent symbols of black life and black people. We have some of the best inspirational African American quotes, black women inspirational quotes, and black history month quotes from legendary black leaders like Toni Morrison, Jr., Oprah Winfrey, Coretta Scott King, Colin Powell, and others. Share these empowering quotes with others, and do visit this website for more such quotes.

Top 100 Quotes By Famous People About Love, Life And Success