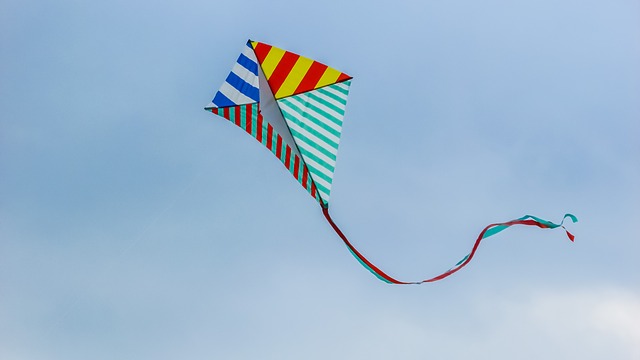 1. You need to grab your dream out of the sky like it’s a kite and pinch the string through your fingers until you reach the spool.-Augusten Burroughs

2. A kite can’t really fly free,that’s just an expression. In order to soar high in the sky the string of a kite needs to be anchored. If the string breaks the kite drops back to the ground. The kite’s freedom depends on it not being as free as he thinks it is.-Simon Napier-Bell

3. Come up and be a kite, On  diamond flight!-Kate Bush

4. Imagination is the highest kite that one can fly.-Lauren Bacall

5. Strong people are made by opposition like kites that go up against the wind.-Frank Harris

6. Imagination is the highest kite that can fly.-Lauren Bacall

7. If the kite is set up properly it will shoot up into the sky.-Charlie Dunton

8. When the wind is against you, like a kite, have your chord of faith rooted and you would fly highest ever.-Vikrmn

9. Don’t ignore the small things — the kite flies because of its tail.-Anoymous

10. A kite is a victim you are sure of. you love it because it pulls.-Leonard Cohen

11. Kites rise highest against the wind – not with it.-Winston Churchill

12. Kite has bought it and the price it was purchased for was not as competitive as what others might have paid for.-Greg Van Winkle

13. You will find truth more quickly through delight than gravity. Let out a little more string on your kite.-Alan Cohen

14. Like a kite Cut from the string, Lightly the soul of my youth Has taken flight.-Takuboku Ishikawa

16. When the wind stops, kite falls but bird flies; because bird did not borrow the wind when rising!-Mehmet Murat ildan

17. Never fear opposition: A kite rises highest when it goes against the wind.-Anonymous

18. Don’t be afraid of opposition. Remember, a kite rises against, not with, the wind.-Hamilton Wright Mabie

19. True courage is like a kite; a contrary wind raises it higher.-John Petit-Senn

20. A certain amount of opposition is a great help to a man. Kites rise against, not with, the wind.-Lewis Mumford

21. Let the kite perch and let the eagle perch too. If one says no to the other, let his wing break.-Chinua Achebe

22. Throw your dreams into space like a kite, and you do not know what it will bring back, a new life, a new friend, a new love, a new country.-Anais Nin

23. It can’t be all you. Just like you need air to fly a kite. It’s not the kite. It’s the air.-Pharrell Williams

24. Life is much like flying a Kite, you never know what direction the wind is going to blow and how many twists and turns there will be before the flight is over!-Eric T. Paulsen

25. Art is like a kite. You have to pull the string hard in order to stretch it to its limit, but you don’t want to pull it so hard that you break the thread, because the thread connects you to the land and its peoples.-Wu Guanzhong

26. A kite only flies if it’s tethered.-Victor Robert Lee

27. A kite flies even higher with strong adverse wind. So don’t despair, enjoy flying your kite whilst the wind blows.-Mufti Ismail Menk

28. A kite can be flown in an absolute vacuum if it can be towed at the speed of light.-Randall Dale Adams

29. A kite flies against the wind, not with it.-Winston S. Churchill

30. Don’t ignore the small things, the kite flies because of its tail.-Anonymous