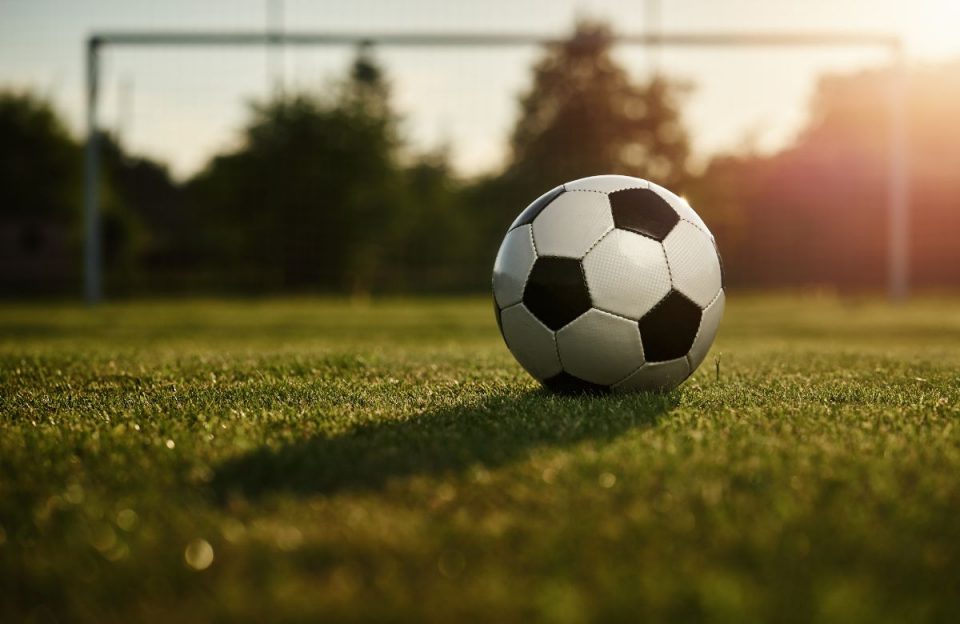 A highly engaging game, Soccer energizes the players. However, it is also easy for these players to lose their focus in this game. The stress of remaining fit and inspired is too much for players to tolerate. Here we bring your motivational soccer quotes that would remove the negative thoughts in your mind.

You can then charge your life up and lead it towards the road of self-discovery. Every game would be a winning game, as your outlook has changed completely.

1. “I’ve never scored a goal in my life without getting a pass from someone else.” – Abby Wambach

2. “Your love makes me strong, your hate makes me unstoppable!” – Cristiano Ronaldo

3. “Take your victories, whatever they might be, cherish them, use them, but don’t settle for them.” – Mia Hamm 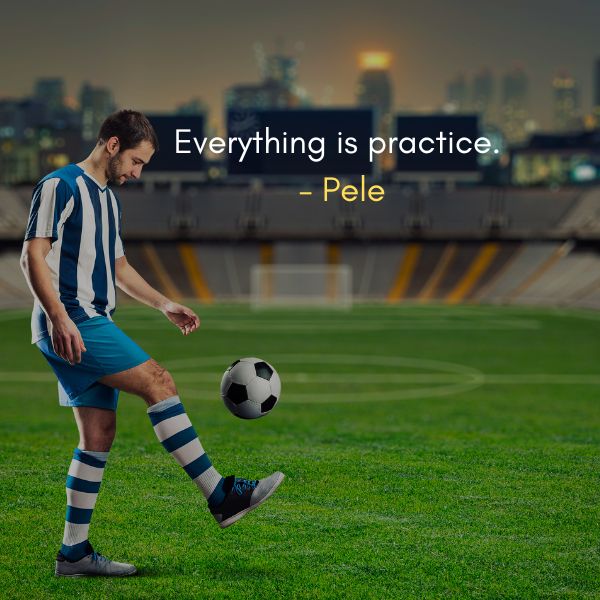 6. “Keep working even when no one is watching.” – Alex Morgan

7. “Maybe they hate me because I’m too good.” – Cristiano Ronaldo

8. “The players are writing a beautiful page of French football history.” — Didier Deschamps

9. “Tactically, the coach did a perfect job yesterday, so we know we will be fully prepared.”- Antoine Griezmann

10. “I always look forward to playing for my national team, especially at major tournaments.” – Luka Modric

12. “We dominated the game physically and mentally, in all aspects. We should have killed the game before extra-time.” – Luka Modric

14. “Everything in my life has happened very early, personally and professionally. I’m always learning: I have to.” – Neymar Jr.

15. “I’ve never tried to hide the fact that it is my intention to become the best.” – Cristiano Ronaldo

16. “Since the beginning of the competition he has got it right, and I hope it will be the same for the final.” – Antoine Griezmann

17. “The questions around us principally come down to character; the essential ability to withstand events that go against you.” – Gareth Southgate

18. “I have to be scoring goals and playing well to get in the team because, if not, others who are in better form will play.” – Diego Costa

19. “I’m going to remember to have fun this time. Life is too short for the stress and the drama.” – Romelu Lukaku

20. “Outside football, I just love life, you know. We’re lucky to play football, to have all this body. Everyone’s watching us.” – Paul Pogba

21. “There is no pressure when you are making a dream come true.” – Neymar Jr.

22. “If you weren’t with me when I had nothing, then you can’t really understand me” – Romelu Lukaku 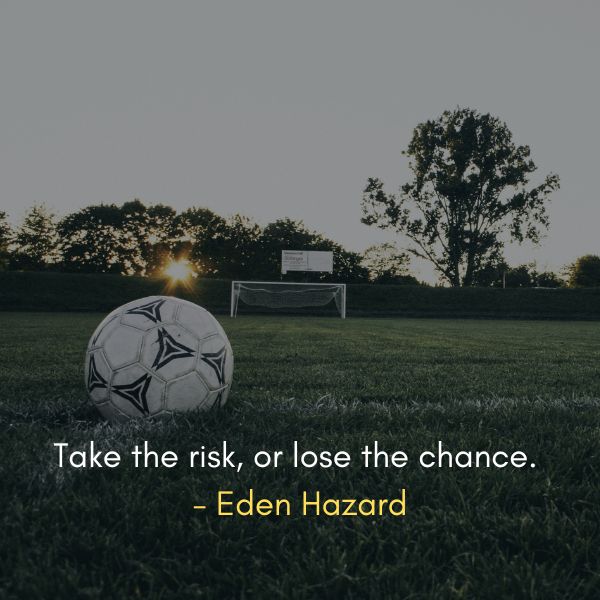 24. “I never tried to hide the fact that my only goal is to be the best” – Cristiano Ronaldo

25. “I’ve always been working hard on my speed for the last few years. Obviously, I’m not slow, but as a striker, the more speed you have, the better you are.” – Harry Kane

28. “You have to fight to reach your dream. You have to sacrifice and work hard for it.” – Leonel Messi

29. “I want to win and always have done since I was small. I don’t know if it’s in my blood or just my personality.” – Diego Costa

30. “But it’s cool. Those people weren’t with me when we were pouring water in our cereal.” – Romelu Lukaku

31. “I worry when I can’t help the team with everything I have to offer.” – Luis Suarez

32. “There are more important things in life than winning or losing a game.” – Leonel Messi 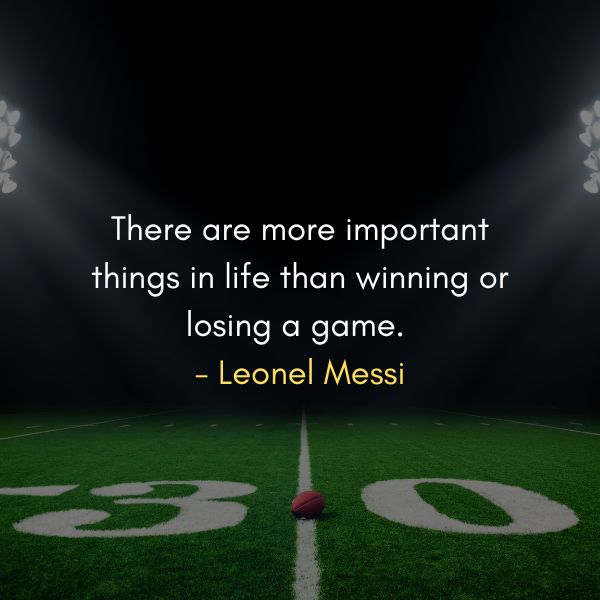 34. “Nobody has enough talent to live on talent alone. Even when you have talent, a life without work goes nowhere.” – Arsene Wenger

35. “Everything I know about morality and the obligations of men, I owe it to football.” – Albert Camus

36. “The more difficult the victory, the greater the happiness in winning.” – Pelé

37. “I just hate losing and that gives you an extra determination to work harder.” – Wayne Rooney

38. “The first 90 minutes are the most important.” – Sir Robert William “Bobby” Robson

39. “When good soccer happens, I give thanks for the miracle and I don’t give a damn which team or country performs it.” – Eduardo Galeano

40. “I once cried because I had no shoes to play soccer, but one day, I met a man who had no feet.” – Zinedine Zidane

41. “You can overcome anything, if, and only if, you love something enough.” – Lionel Messi

42. “I don’t have time for hobbies. At the end of the day, I treat my job as a hobby. It’s something I love doing.” – David Beckham

43. “It is not just about the money, it is about what you achieve on the pitch.” – Ronaldinho

44. “Soccer is an art more central to our culture than anything the Arts Council deigns to recognize.” – Germaine Greer

45. “When people succeed, it is because of hard work. Luck has nothing to do with success.” – Diego Maradona

Never give up quotes to turn the table around

46. “I think there are a lot of things that soccer does in the communities that transcend the soccer field.” – Brandi Denise Chastain

48. “Something deep in my character allows me to take the hits, and get on with trying to win.” – Lionel Messi

49. “I learned a long time ago that there is something worse than missing the goal, and that’s not pulling the trigger.” – Mia Hamm

50. “There’s no in-between – you’re either good or bad. We were in-between.”― Gary Linekar 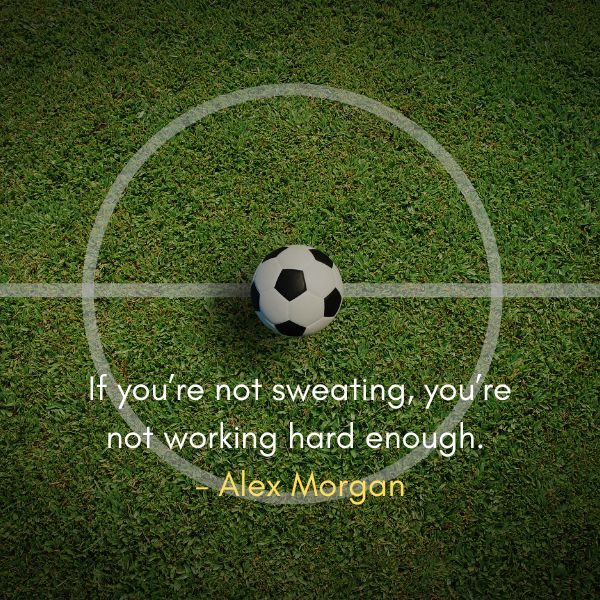 52. “I would not be bothered if we lost every game as long as we won the league.”― Mark Viduka

53. “Failure happens all the time. It happens every day in practice. What makes you better is how you react to it.” – Mia Hamm

54. “I took a whack on my left ankle, but something told me it was my right.”― Lee Hendrie

55. “Those who say it can’t be done, shouldn’t interfere with those who are doing it.” – Billy Eberhart

56. “Soccer is not about justice. It’s a drama, and criminally wrong decisions against you are part and parcel of that.” – Pete Davies

57. “The trouble with referees is that they know the rules, but they do not know the game.” ― Bill Shankly

58. “Some people tell me that professional players are soccer slaves. Well, if this is slavery, give me a life sentence.” – Bobby Charlton

59. “Football is the ballet of the masses.” – Dmitri Shostakovich

60. “The rules of soccer are very simple, basically, it is this: if it moves, kick it. If it doesn’t move, kick it until it does.” – Phil Woosnam

61. “Men spend their time in following a ball or a hare; it is the pleasure even of kings.” – Blaise Pascal

62. “Football is an art, players paint with their feet.” – Maswood Alam Khan

63. “I learned all about life with a ball at my feet.” – Ronaldinho

64. “Football is the poetry of a motion.” – Pubudu Lasal Dissanayake

65. “Ability is what you’re capable of doing. Motivation determines what you do. Attitude determines how well you do it.” – Lou Holtz

66. “If a man watches three football games in a row, he should be declared legally dead.” – Erma Bombeck

67. “If Earth had a soccer team, everyone on Earth would wear the same jersey to support it. There’d be no them, there’d only be us.” – Peta Kelly

68. “Soccer must be played with the heart, not with strength and talent as perceived.” – ABC

69. “I’m living a dream I never want to wake up from.”— Cristiano Ronaldo

70. “All I know of morality I learned from football.”— Albert Camus

Joker Motivational Quotes That Inspire You

60 Self Love Quotes To Appreciate Yourself