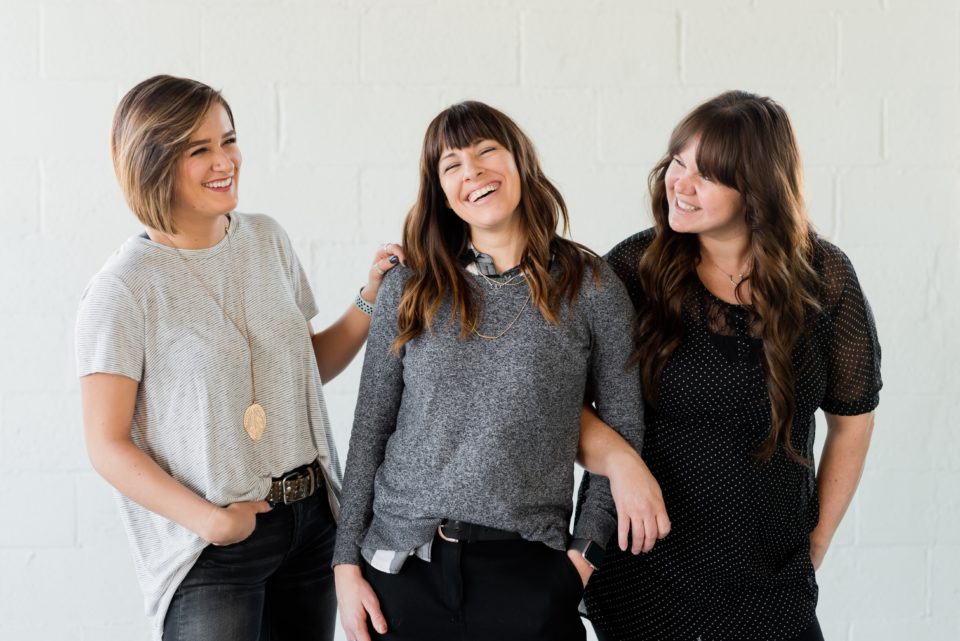 1. There is no cosmetic for beauty like happiness. -Maria Mitchell 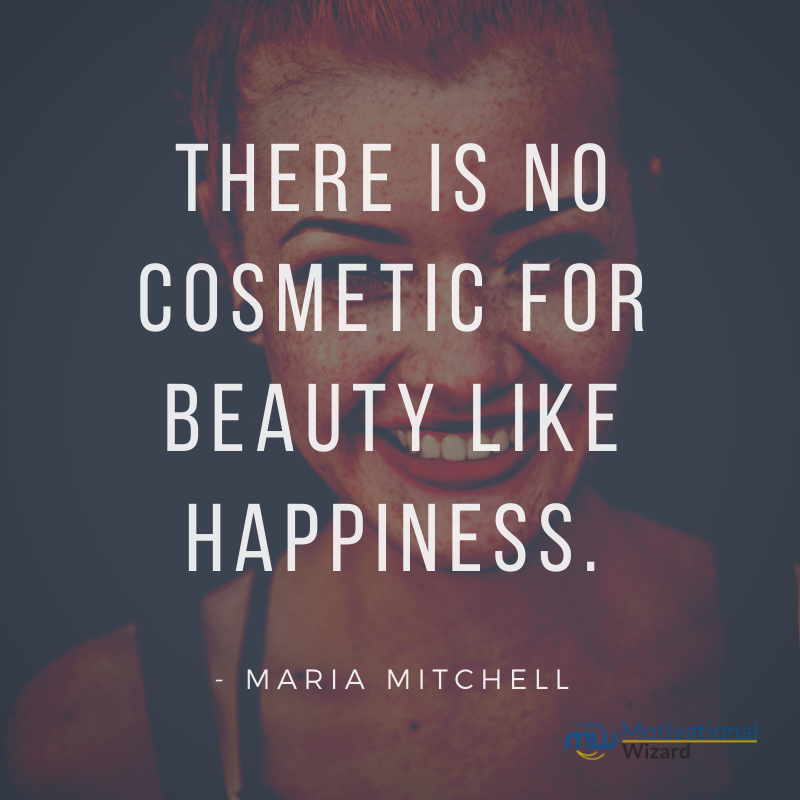 2. Optimism is the faith that leads to achievement. –Helen Keller

3. You are more powerful than you know; you are beautiful just as you are. –Melissa Etheridge

4. I can’t think of any better representation of beauty than someone who is unafraid to be herself. –Emma Stone

5. A woman with a voice is by definition a strong woman. But the search to find that voice can be remarkably difficult. –Melinda Gates 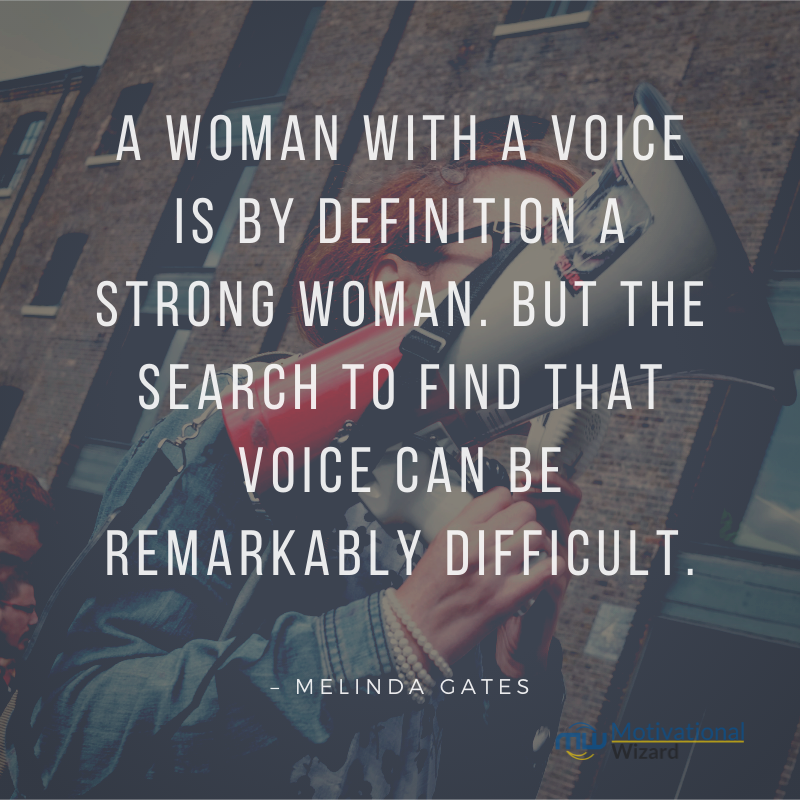 7. As usual, there is a great woman behind every idiot. -John Lennon

8. No one can make you feel inferior without your consent. -Eleanor Roosevelt

9. Instead of looking at the past, I put myself ahead twenty years and try to look at what I need to do now in order to get there then. -Diana Ross

10. Step out of the history that is holding you back. Step into the new story you are willing to create. -Oprah Winfrey 11. If you obey all the rules, you miss all the fun. -Katharine Hepburn

12. The best protection any woman can have … is courage. -Elizabeth Cady Stanton

13. If women can be railroad workers in Russia, why can’t they fly in space. -Valentina Tereshkova

14. Women are the real architects of society. -Cher 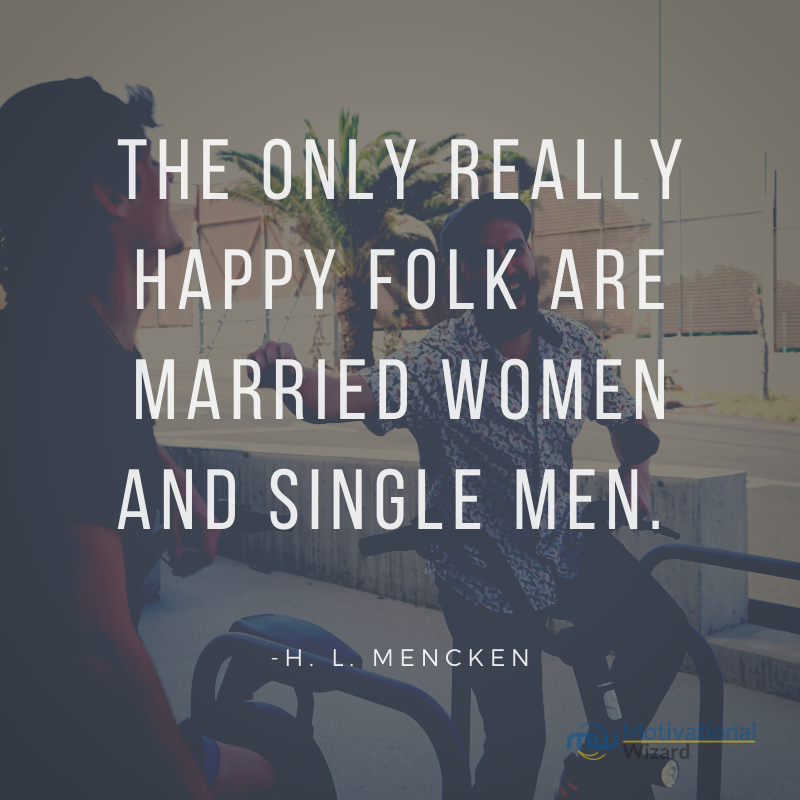 17. Women want mediocre men, and men are working to be as mediocre as possible. -Margaret Mead

18. The emancipation of women has made them lose their mystery. -Grace Kelly

19. For women’s tears are but the sweat of eyes. -Juvenal

20. Men and women, women and men. It will never work. -Erica Jong 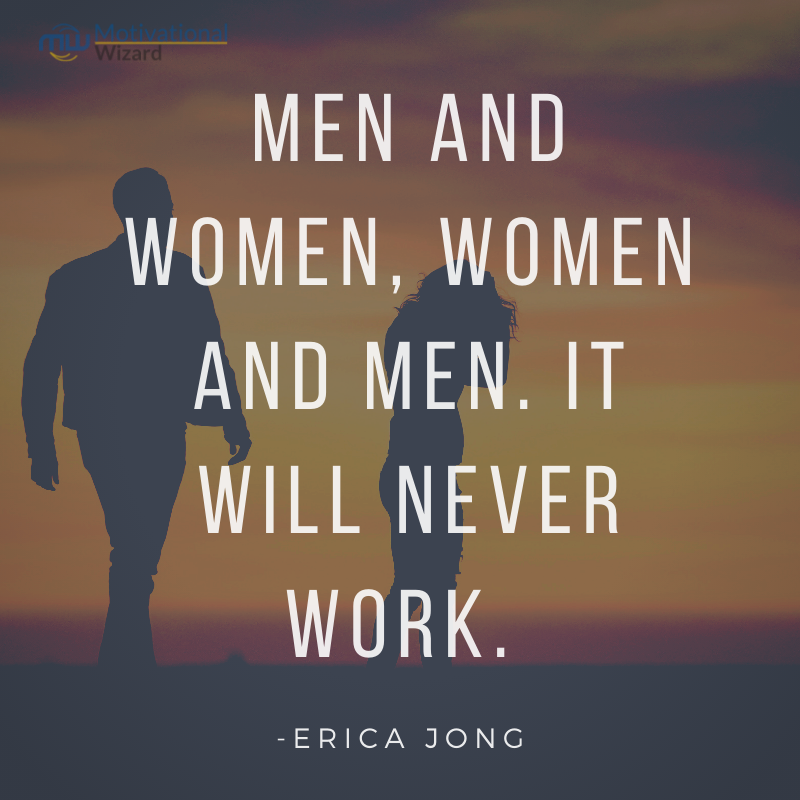 21. You women could make someone fall in love even with a lie. -Georg Buchner

22. Women’s value has been under-recognized for far too long. -Sidney Sheldon

23. Nature makes a woman be won and men to win. George -William Curtis

24. Women don’t realize how powerful they are. Judith -Light Click here to read Michelle Obama quotes that will inspire you

27. Whenever you see a successful woman, look out for three men who are going out of their way to try to block her. -Yulia Tymoshenko

29. It’s possible to climb to the top without stomping on other people. -Taylor Swift 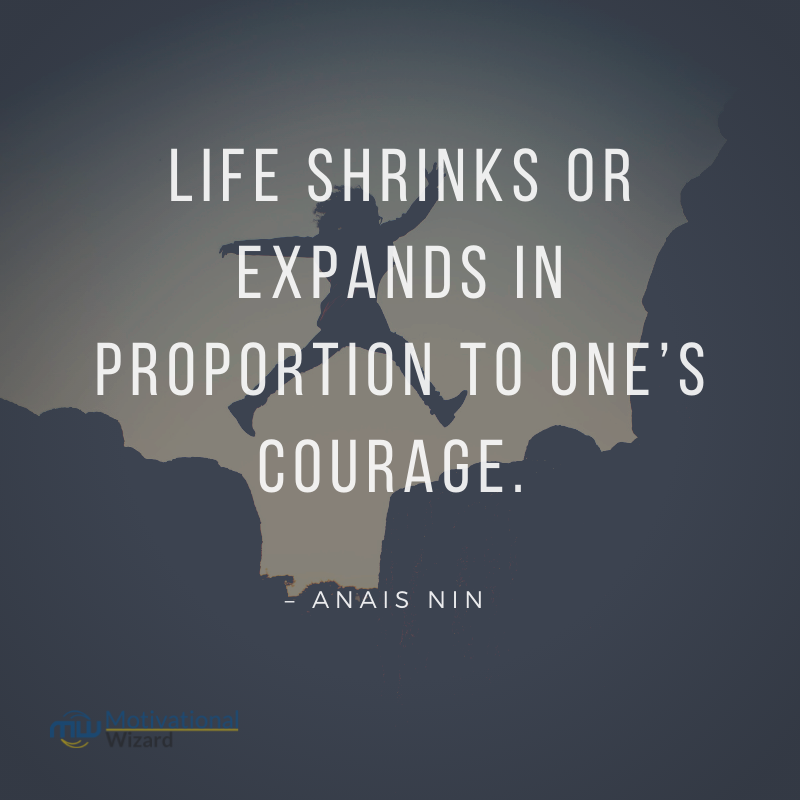 32. We realize the importance of our voices only when we are silenced. -Malala Yousafzai

33. If you don’t like being a doormat then get off the floor. -Al Anon

34. The best protection any woman can have … is courage. -Elizabeth Cady Stanton

35. Do you want to meet the love of your life? Look in the mirror. -Byron Katie 36. Doubt is a killer. You just have to know who you are and what you stand for. -Jennifer Lopez

37. You are more powerful than you know; you are beautiful just as you are. -Melissa Etheridge

38. You have to have confidence in your ability, and then be tough enough to follow through. -Rosalynn Carter 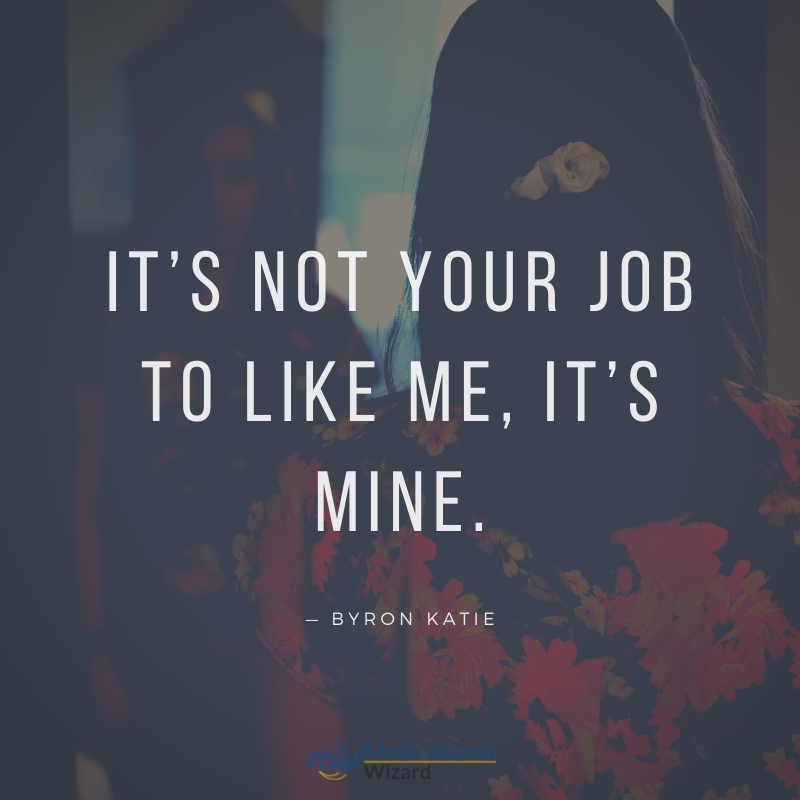 You may like to read inspirational quotes for men

41. There is no limit to what we, as women, can accomplish. -Michelle Obama

42. A feminist is anyone who recognizes the equality and full humanity of women and men. -Gloria Steinem

43. A woman with a voice is, by definition, a strong woman. -Melinda Gates

45. It took me quite a long time to develop a voice, and now that I have it, I am not going to be silent. -Madeleine Albright

You May like to read inspirational moving on quotes

46. I’m tough, ambitious, and I know exactly what I want. If that makes me a bitch, okay. -Madonna

50. Be strong and courageous. Do not be frightened, and do not be dismayed, for the Lord your God is with you wherever you go. -Joshua 1:9

53. She is clothed with strength and dignity, and she laughs without fear of the future. -Proverbs 31:25

55. Take criticism seriously, but not personally. If there is truth or merit in the criticism, try to learn from it. Otherwise, let it roll right off you. -Hillary Clinton

56. Think like a queen. A queen is not afraid to fail. Failure is another stepping stone to greatness. -Oprah Winfrey

57. Doubt is a killer. You just have to know who you are and what you stand for. -Jennifer Lopez

59. A really strong woman accepts the war she went through and is ennobled by her scars. -Carly Simon

60. Everyone has inside of her a piece of good news. The good news is that you don’t know how great you can be, how much you can love, what you can accomplish, and what your potential is. -Anne Frank

61. You must know that you can do this. You are strong. And you will make it. Just hang on and keep believing in yourself, always. -Heather A. Stillufsen

62. Women are like teabags. We don’t know our true strength until we are in hot water. -Eleanor Roosevelt

64. Don’t let anyone speak for you, and don’t rely on others to fight for you. -Michelle Obama

65. The woman who follows the crowd will usually go no further than the crowd. The woman who walks alone is likely to find herself in places no one has ever been before. -Albert Einstein

Click here to read inspirational quotes to inspire you

66. Be strong enough to stand alone, smart enough to know when you need help, and brave enough to ask for it. -Ziad K. Abdelnour

67. You have to have confidence in your ability, and then be tough enough to follow through. -Rosalynn Carter

68. A strong woman understands that the gifts such as logic, decisiveness, and strength are just as feminine as intuition and emotional connection. She values and uses all of her gifts. -Nancy Rathburn

69. Once you figure out what respect tastes like, it tastes better than attention. -Pink

71. Above all, be the heroine of your life, not the victim. -Nora Ephron

72. Life is not easy for any of us. But what of that? We must have perseverance and, above all, confidence in ourselves. We must believe we are gifted for something and that this thing must be attained. -Marie Curie

73. A woman with a voice is by definition a strong woman. But the search to find that voice can be remarkably difficult. -Melinda Gates

74. I just love bossy women. I could be around them all day. To me, bossy is not a pejorative term at all. It means somebody’s passionate and engaged and ambitious and doesn’t mind learning. -Amy Poehler

76. When a man gives his opinion, he’s a man; when a woman gives her opinion, she’s a bitch. -Bette Davis

77. I have learned over the years that when one’s mind is made up, this diminishes fear; knowing what must be done does away with fear. -Rosa Parks

78. Avoiding danger is no safer in the long run than outright exposure. The fearful are caught as often as the bold. -Helen Keller

79. One of the most courageous things you can do is identify yourself, know who you are, what you believe in and where you want to go. -Sheila Murray Bethel

81. She was a wild one; always stomping on eggshells that everyone else tip-toed on. -Kaitlin Foster

82. And one day she discovered that she was fierce, and strong, and full of fire, and that not even she could hold herself back because her passion burned brighter than her fears. -Mark Anthony

84. I figure, if a girl wants to be a legend, she should go ahead and be one. -Calamity Jane

85. A strong woman is a woman determined to do something others are determined not be done. -Marge Piercy

86. We need women at all levels, including the top, to change the dynamic, reshape the conversation, to make sure women’s voices are heard and heeded, not overlooked and ignored. -Sheryl Sandberg

87. A woman is the full circle. Within her is the power to create, nurture and transform. -Diane Mariechild

89. The world needs strong women. Women who will lift and build others, who will love and be loved, women who live bravely, both tender and fierce, women of indomitable will. -Amy Tenney

90. Never apologize for being a powerful woman. -Unknown

30 Best Quotes To Believing In Yourself

50 Karma Quotes Which Play A Important Role In Your Life, Whether You Realize It Or Not

50 Aesthetic Quotes That Will Inspire You