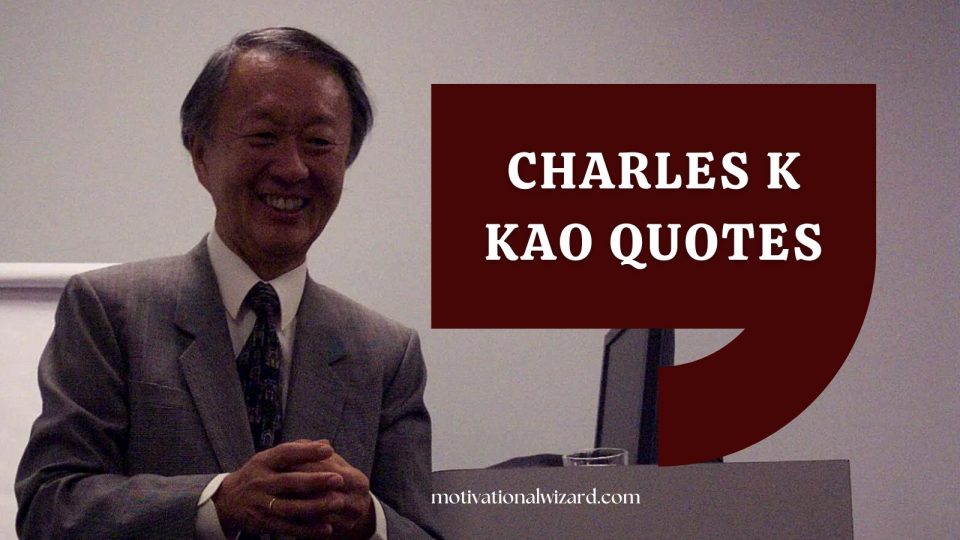 Sir Charles Kuen Kao is widely considered the “father of fiber optics.” He was a Hong Kong electrical engineer and physicist who pioneered the development and use of fiber optics in telecommunications.

His work laid the foundation for modern fiber optic communications, which has revolutionized the way we transmit information around the world.

Kao’s breakthroughs have had a profound impact on our everyday lives, and he is truly a giant in the field of telecommunications.

Who is Charles K Kao?

Kao was born in Jiangsu, China in 1933. He received his bachelor’s degree in electrical engineering from Woolwich Polytechnic (now the University of Greenwich) in 1956. He then went on to receive his master’s degree and PhD from the University of London. After completing his studies, Kao began working for the Chinese University of Hong Kong, where he would spend the majority of his career. It was here that he made his most important discoveries related to fiber optics.

In 1966, Kao published a paper entitled “Dielectric Waveguides and Optical Fibres,” in which he proposed the use of glass optical fibers for telecommunications. This paper would go on to have a huge impact on the development of fiber optics.

In it, Kao discussed the potential for using glass fibers to transmit light over long distances with very little attenuation (loss of signal strength). He also showed that fiber optic cables could be made much thinner than metal wires, which would greatly reduce their weight and size.

Kao’s work laid the foundations for the fibre optic telecommunications infrastructure that we now take for granted. Without his fundamental breakthroughs, today’s high-speed internet, long-distance phone calls, and cable TV would not be possible.

Known as the “Godfather of Broadband“, the “Father of Fibre Optics“, and the “Father of Fiber Optic Communications”, Kao was awarded the 2009 Nobel Prize in Physics for “groundbreaking achievements concerning the transmission of light in fibers for optical communication”.

He was also an important figure in the early phases of optical communication technology and commercialization.

Kao traveled to a variety of glass and polymer production sites, interviewing specialists such as engineers, scientists, and managers from various sectors regarding glass fiber manufacturing procedures and improvements.

Scroll down to read some of the best Charles K Kao Quotes. 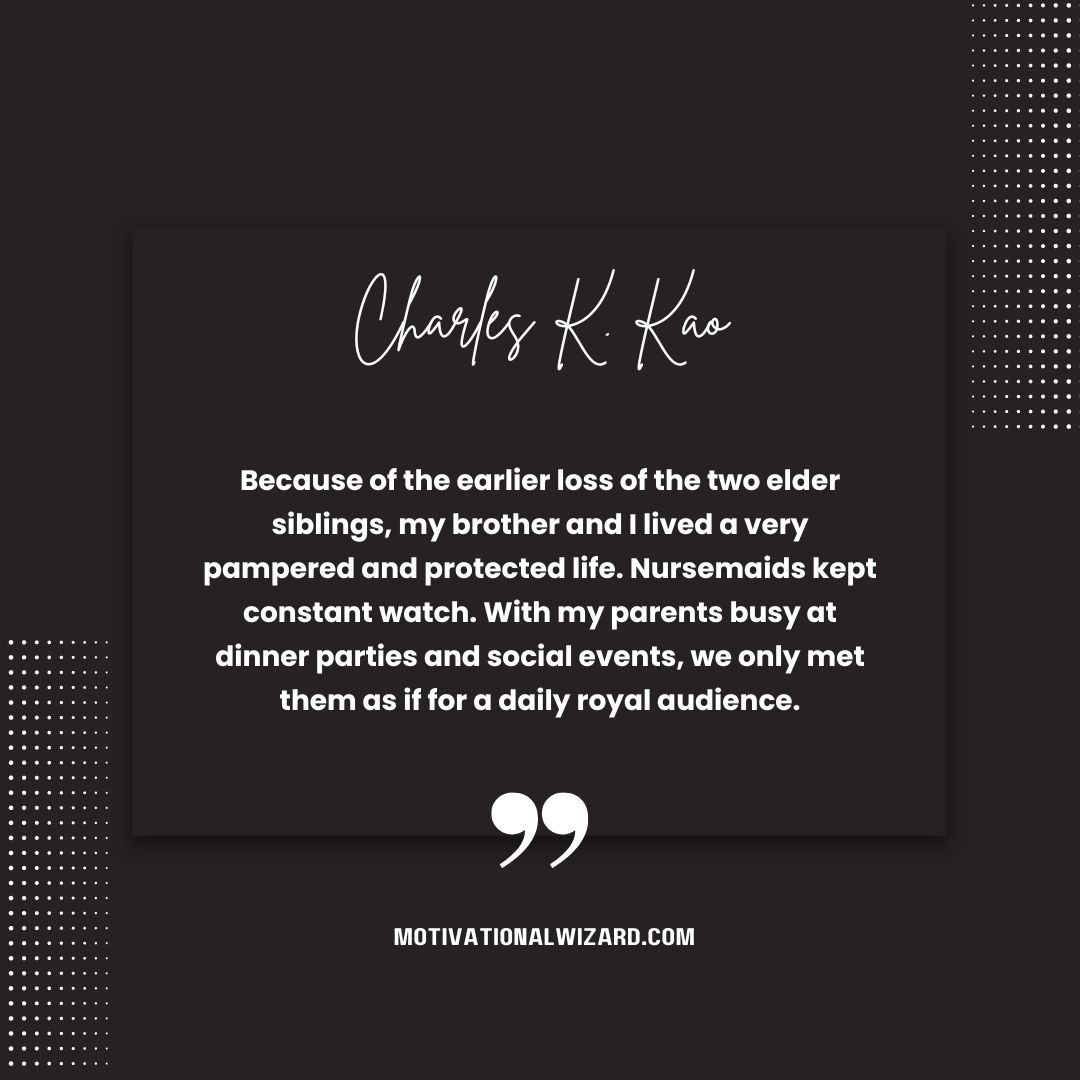 1. Because of the earlier loss of the two elder siblings, my brother and I lived a very pampered and protected life. Nursemaids kept constant watch. With my parents busy at dinner parties and social events, we only met them as if for a daily royal audience. -Charles K. Kao

2. When information is infinite, individual pieces of information are worth nothing. -Charles K. Kao 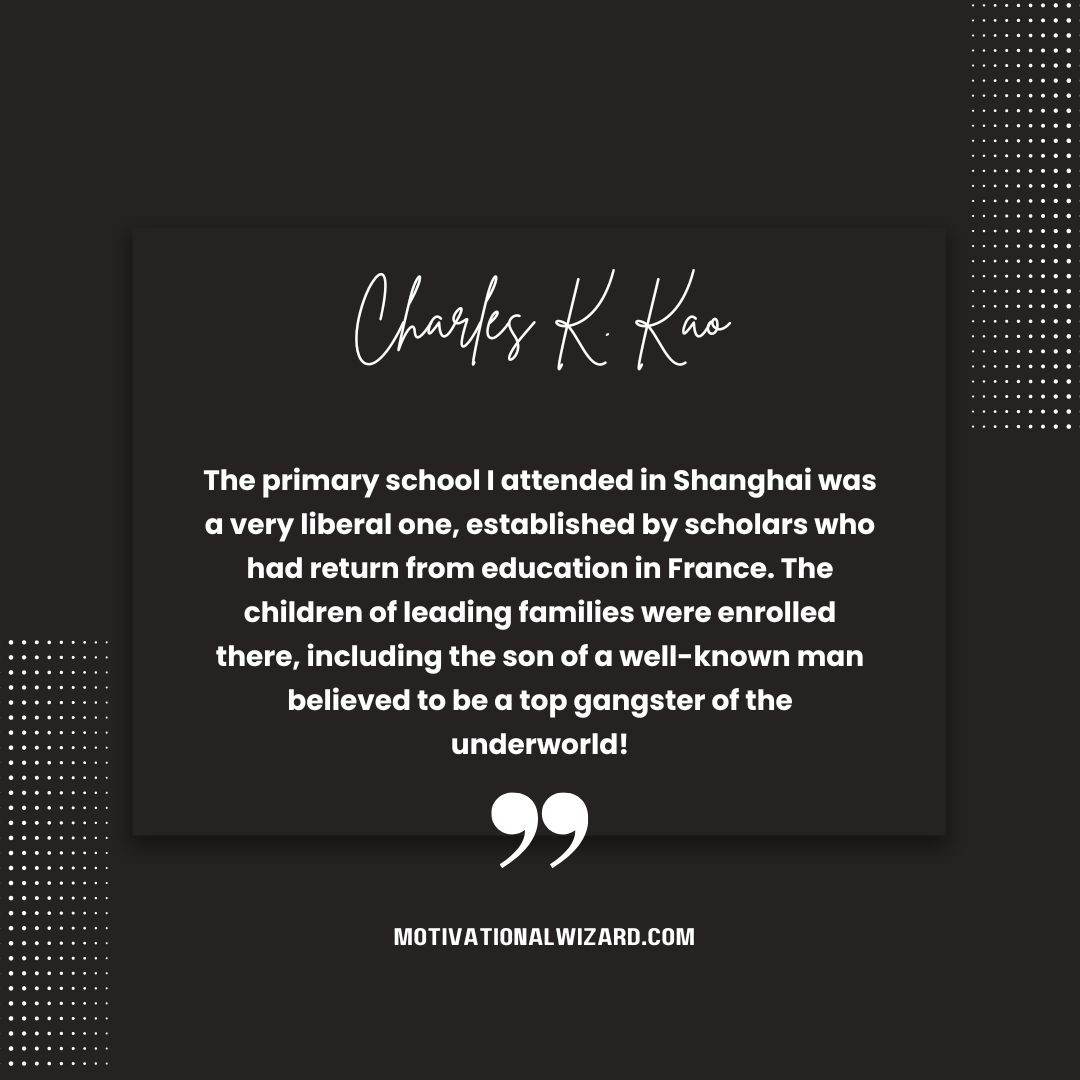 3. The primary school I attended in Shanghai was a very liberal one, established by scholars who had return from education in France. The children of leading families were enrolled there, including the son of a well-known man believed to be a top gangster of the underworld! -Charles K. Kao

4. Ideas do not always come in a flash but by diligent trial-and-error experiments that take time and thought. 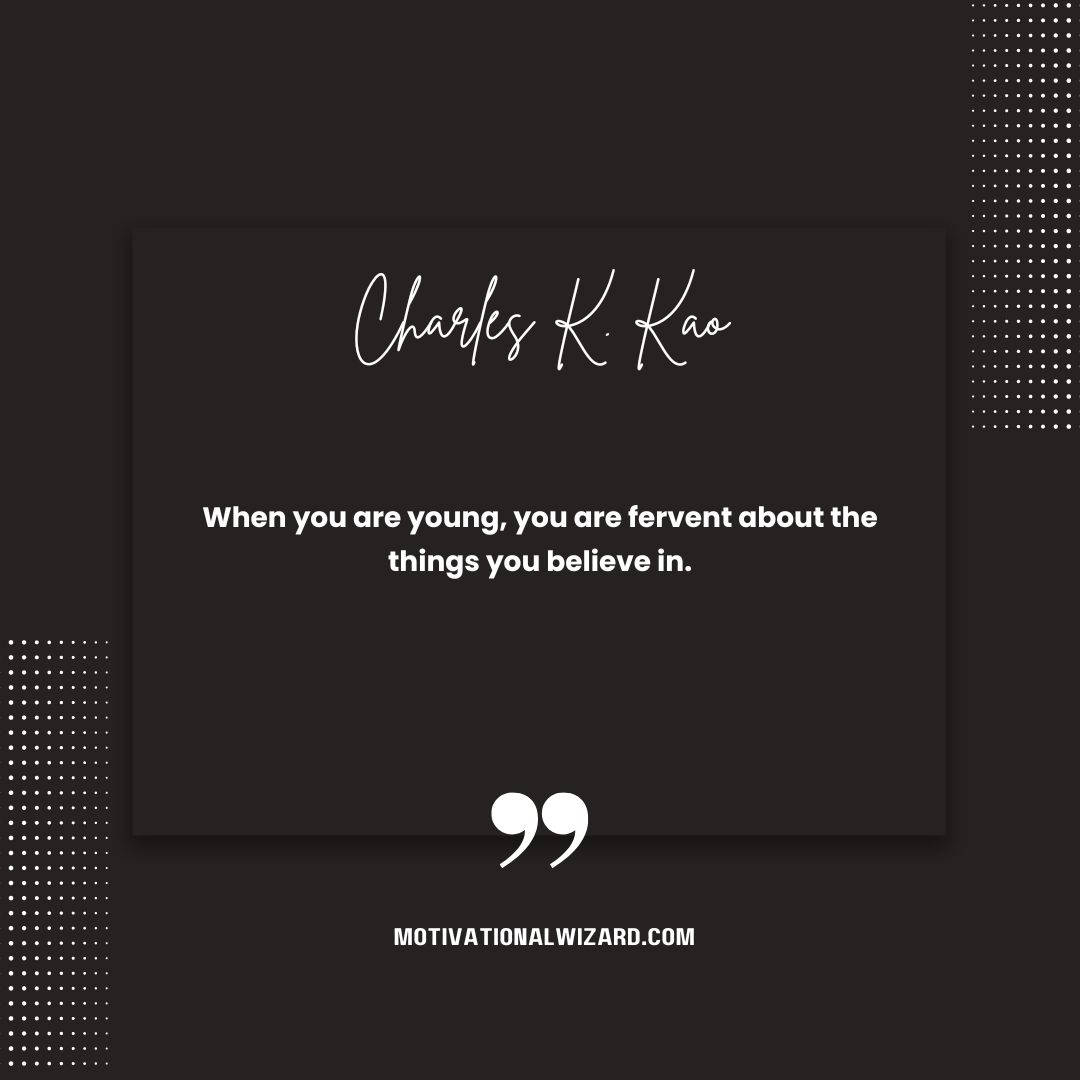 5. When you are young, you are fervent about the things you believe in.

6. Maybe it was the home tutoring, or the late start to formal schooling, or an overly cautious and protective upbringing, but in any case, I never became a talkative person. As an adult, I am not always comfortable in social gatherings with small talk. I must have inherited my father’s gentle nature.

7. If you really look at it, I was trying to sell a dream … There was very little I could put in concrete to tell these people it was really real.

8. The introduction of optical fiber systems will revolutionize the communications network. The low transmission loss and the large bandwidth capability of the fiber systems allow signals to be transmitted for establishing communications contacts over large distances with few or no provisions of intermediate amplification.