Dr. Frank Kameny is recognized as one of the most prominent figures in the United States LGBTQ rights movement, and he has been widely credited with launching the first successful human rights campaign in America. Recently, Google paid tribute to the American astronomer, veteran, and gay rights activist with a doodle celebrating Pride Month.

Kameny was born in New York City in 1925. He served in the US Army during World War II and later attended Harvard University, where he studied astronomy. In 1957, Kameny was fired from his job at the US government’s Army Map Service for being gay.

This event sparked Kameny’s lifelong activism for LGBTQ rights. He became one of the first people to challenge their firing on the basis of sexual orientation, and he also filed the first lawsuit seeking to overturn a same-sex sodomy law. In addition, Kameny coined the phrase “gay is good” and helped found the Gay Activists Alliance.

Kameny’s work paved the way for many advances in LGBTQ rights, including the repeal of sodomy laws and the US Supreme Court’s ruling that struck down bans on same-sex marriage. Kameny passed away in 2011, but his legacy continues to inspire LGBTQ people and their allies around the world.

Google’s Doodle honoring Kameny was created by artist Nate Swinehart. It features Kameny standing in front of a rainbow flag, with the words “Gay is good” superimposed over his image.

1. When it was even seriously entertained that this would be a zoning issue, I blew up. Absolutely not.-Frank Kameny 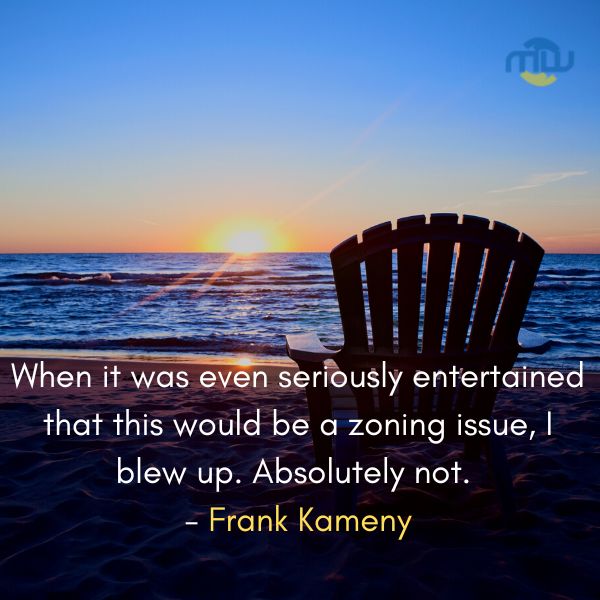 2. We are interested in obtaining rights for our respective minorities.-Frank Kameny

3. Not only is homosexuality, whether by inclination or overt act, not immoral, but homosexual acts engaged in by consenting adults are moral, in a positive and real sense.-Frank Kameny

4. If I disagree with someone, I give them a chance to convince me they are right. And if they fail, then I am right, and they are wrong, and I will have to fight them until they change.-Frank Kameny

5. The person who really needs psychotherapy is not the homosexual youngster who gets dragged to the psychiatrist’s office by his mother, but the mother, to relieve her anxieties about his homosexuality.-Frank Kameny

6. Bestiality is not my thing But it seems to be a harmless foible or idiosyncrasy of some people. So, as long as the animal doesn’t mind (and the animal rarely does), I don’t mind, and I don’t see why anyone else should.-Frank Kameny

7. He was the up and equal homosexual who would not sit at the back of the bus.-Frank Kameny 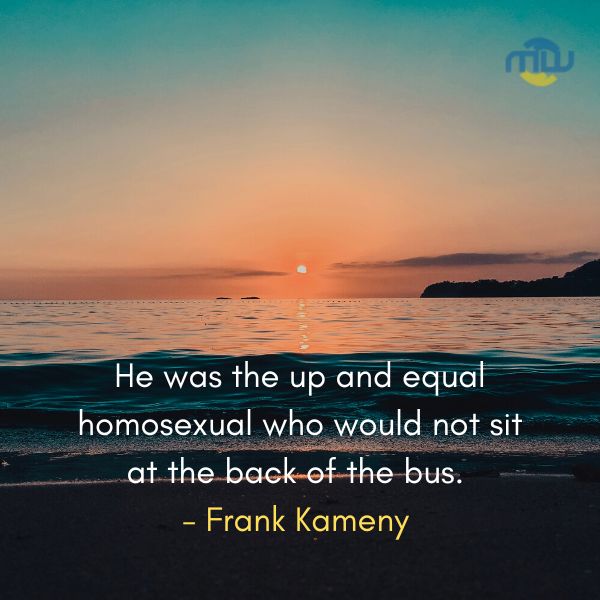 8. As I have been saying for nearly a year, the law needs to be changed to allow the gay businesses to move to another part of the city.-Frank Kameny

9. On a one-time basis for these O Street establishments, they should be exempted from all of these restrictions so they can move as a group if they want to some practical place.-Frank Kameny

10. There’s an ethical and moral obligation by the city for this group of establishments. The city created [the O Street cluster]. If these establishments had decided quite on their own when all this happened that would be a different matter, but they were very specifically directed to go down there.-Frank Kameny