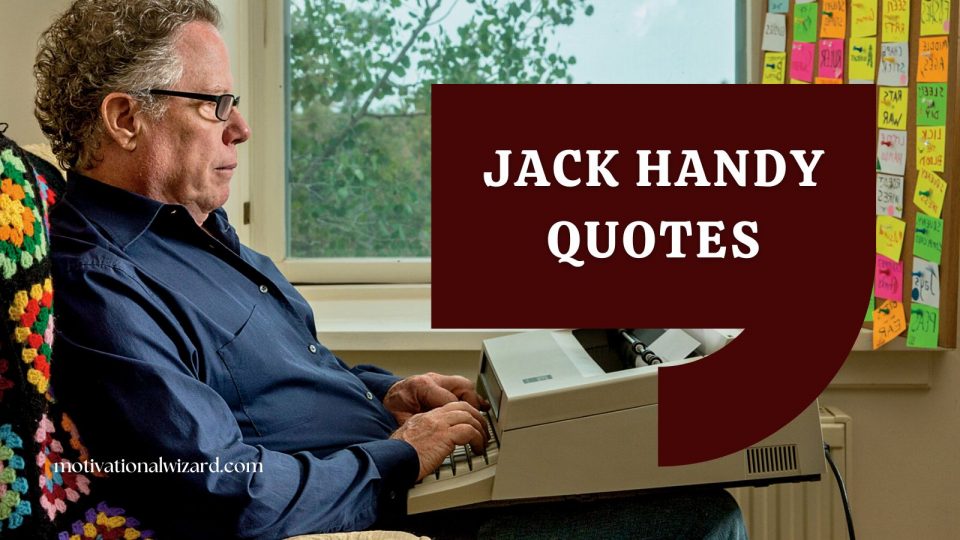 Contrary to popular belief, Jack Handey is a real person. He is a writer and comedian who worked as a Saturday Night Live staff writer for several years. He is best known for his Deep Thoughts, a series of humorous and sometimes philosophical one-line thoughts that were regularly featured on Saturday Night Live. Jack Handey quotes is one of the most searched term when it comes to quotes and saying.

Jack Handey was born in San Antonio, Texas, in 1949. He attended the University of Texas at Austin, where he studied philosophy. After graduation, he moved to New York City to pursue a career in writing. He eventually landed a job as a staff writer for Saturday Night Live.

Handey is the author of several books, including Deep Thoughts and Other Ridiculous Thoughts, The True Story of the Three Little Pigs, and How to Get Into the Twenties. He currently lives in Santa Fe, New Mexico, with his wife and two children.

In some cases, laughter is the best medicine. It can help take our minds off things, relax us so we sleep better, and even have health benefits. Laughter is one of the most contagious emotions, so if you’re feeling down, try hanging out with friends who will make you laugh.

There’s also scientific evidence that laughter can improve our mood and mental state. One study found that laughing for just two minutes can increase levels of endorphins, the body’s natural painkillers, in the blood. Endorphins are also known to boost mood and reduce stress.

Do you remember the little segment that used to air on Saturday Night Live in between comedy sketches from 1991 to 1998? The Deep Thoughts segment would come on with zen-type music, and viewers were expecting an inspirational quote. However, what they got was a hysterical and slapstick Deep Thought by Jack Handey.

We’ve compiled a list of Jack Handey Quotes that will lift your spirits and mental state. 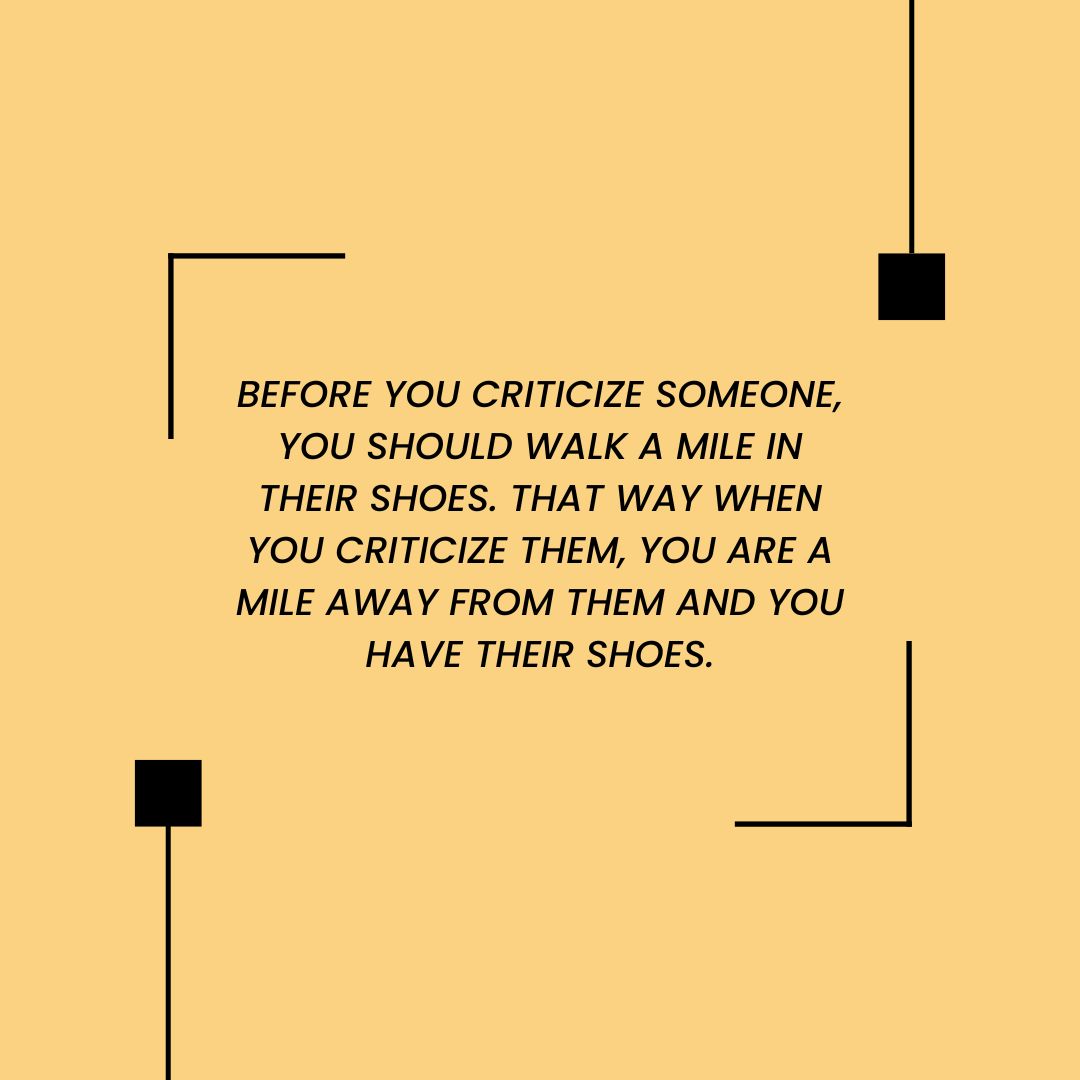 2. Sometimes I think you have to march right in and demand your rights, even if you don’t know what your rights are, or who the person is you’re talking to. Then on the way out, slam the door.

3. Playing dead not only comes in handy when face to face with a bear, but also at important business meetings.

4. To me, clowns aren’t funny. In fact, they’re kind of scary. I’ve wondered where this started and I think it goes back to the time I went to the circus, and a clown killed my dad.

5. You know something that would really make me applaud? A guy gets stuck in quicksand, then sinks, then suddenly comes shooting out, riding on water skis! How do they do that? 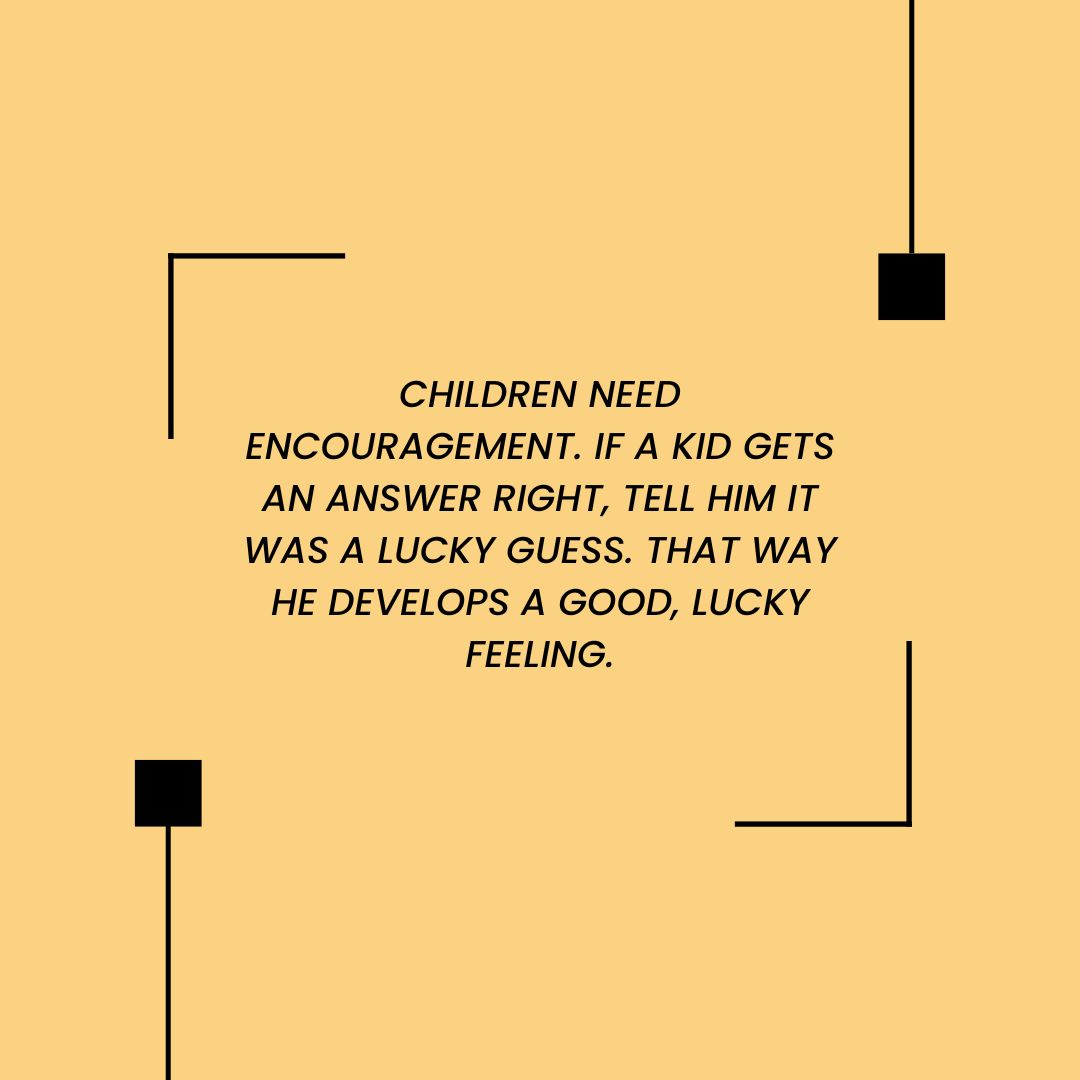 6. Children need encouragement. If a kid gets an answer right, tell him it was a lucky guess. That way he develops a good, lucky feeling.

7. To me, it’s always a good idea to always carry two sacks of something when you walk around. That way, if anybody says, ‘Hey, can you give me a hand?,’ you can say, ‘Sorry, got these sacks.’

9. When I was a kid my favorite relative was Uncle Caveman. After school we’d all go play in his cave, and every once in a while he would eat one of us. It wasn’t until later that I found out that Uncle Caveman was a bear.

10. Whenever you read a good book, it’s like the author is right there, in the room, talking to you, which is why I don’t like to read good books. 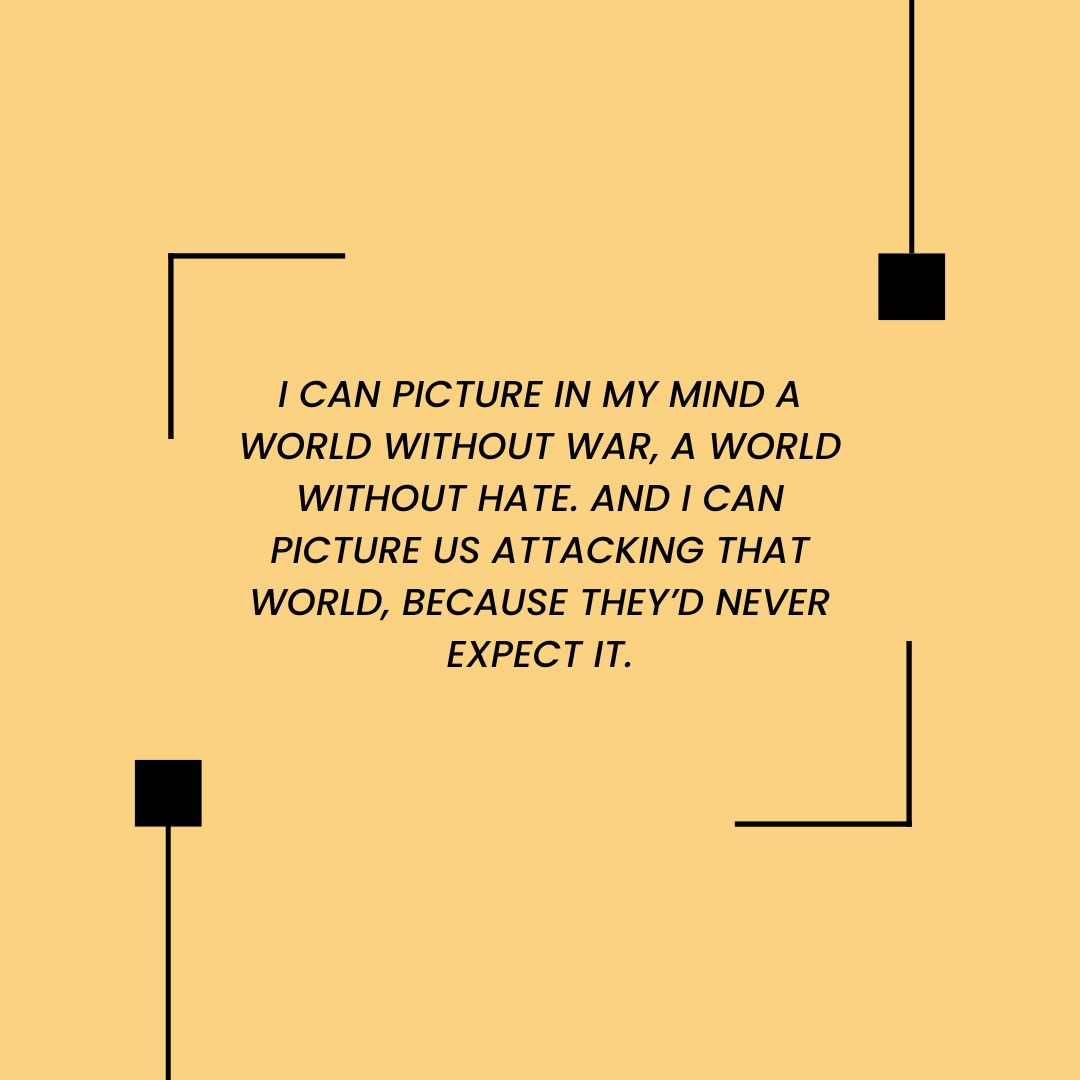 13. I hope some animal never bores a hole in my head and lays its eggs in my brain, because later you might think you’re having a good idea but it’s just eggs hatching.

14. One thing kids like is to be tricked. For instance, I was going to take my little nephew to Disneyland, but instead I drove him to an old burned-out warehouse. Oh, no, I said, Disneyland burned down. He cried and cried, but I think that deep down he thought it was a pretty good joke. I started to drive over to the real Disneyland, but it was getting pretty late.

15. Sometimes I just feel like curling up on the floor in front of the fireplace, and just rolling around the room, like a tumbleweed, and not even caring if I knock things over, or break them. And if people get mad, maybe because it’s their house or something, you can just shake your head and go, What happened? 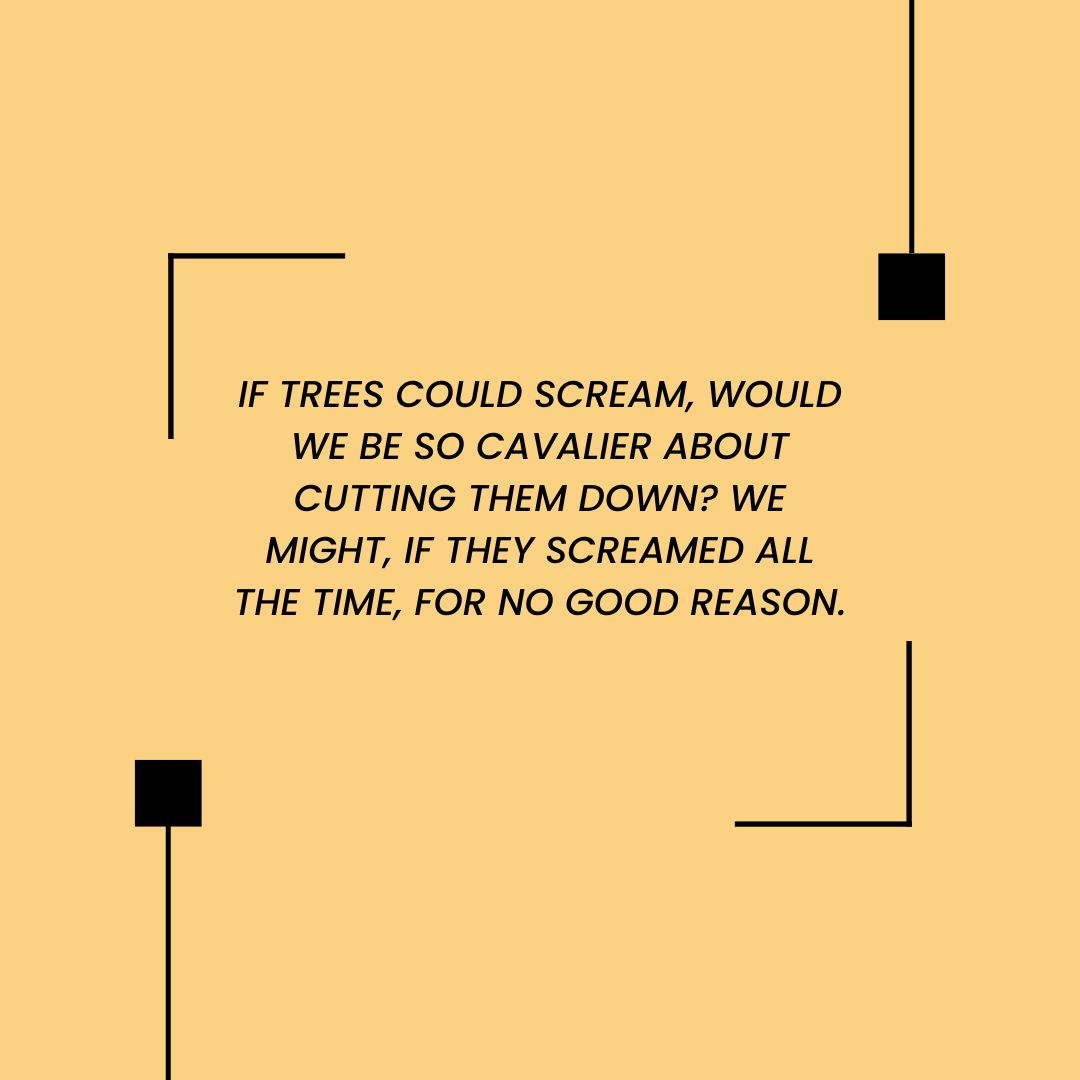 16. If trees could scream, would we be so cavalier about cutting them down? We might, if they screamed all the time, for no good reason.

17. I hope if dogs ever take over the world, and they chose a king, they don’t just go by size, because I bet there are some Chihuahuas with some good ideas.

18. To me, boxing is like a ballet, except there’s no music, no choreography, and the dancers hit each other.

19. Do you know what happens when you slice a golf ball in half? Someone gets mad at you. I found this out the hard way. 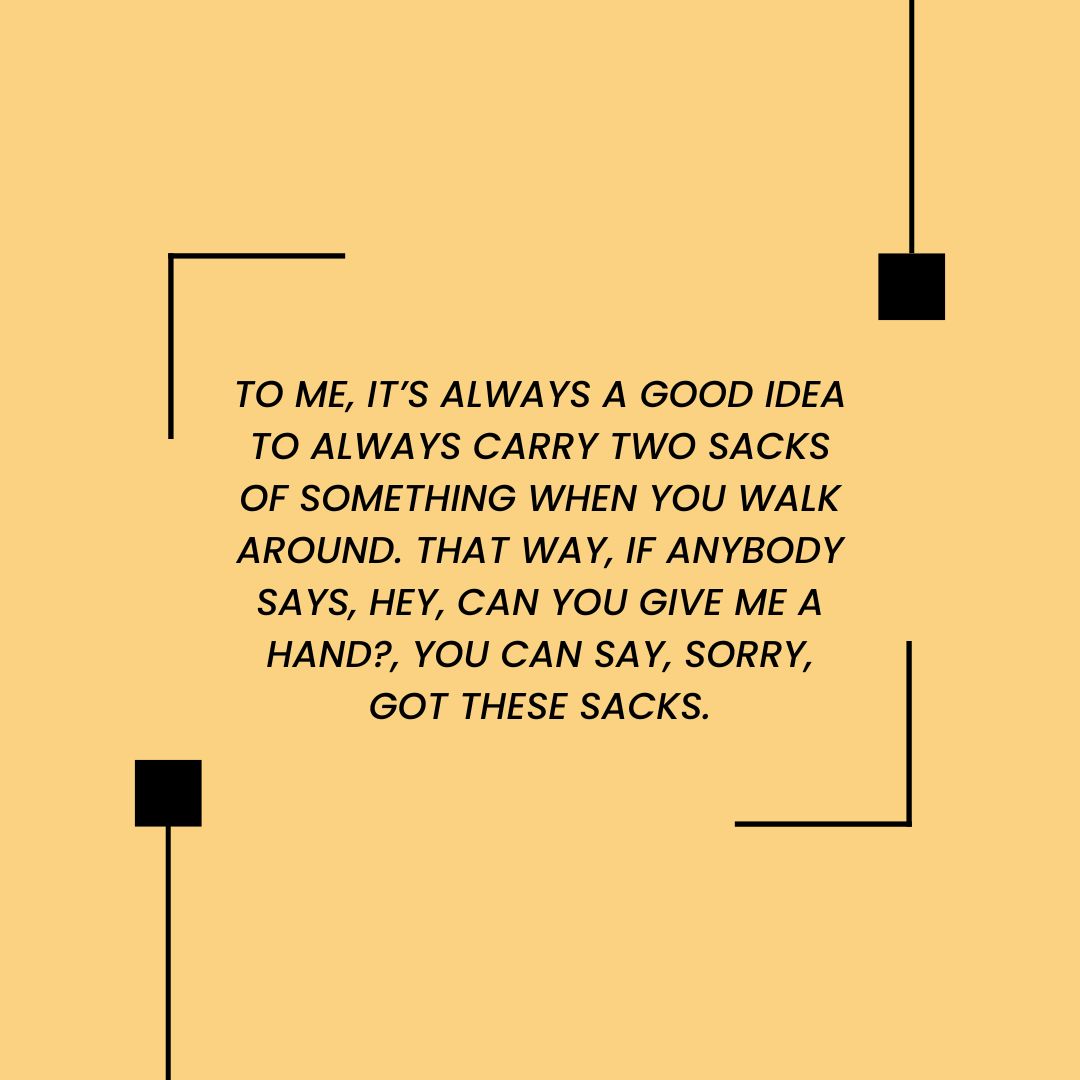 20. To me, it’s always a good idea to always carry two sacks of something when you walk around. That way, if anybody says, Hey, can you give me a hand?, you can say, Sorry, got these sacks.

21. If you go flying back through time, and you see somebody else flying forward into the future, it’s probably best to avoid eye contact.

23. You know one thing that will really make a woman mad? Just run up and kick her in the butt.

25. If you go flying back through time, and you see somebody else flying forward into the future, it’s probably best to avoid eye contact.