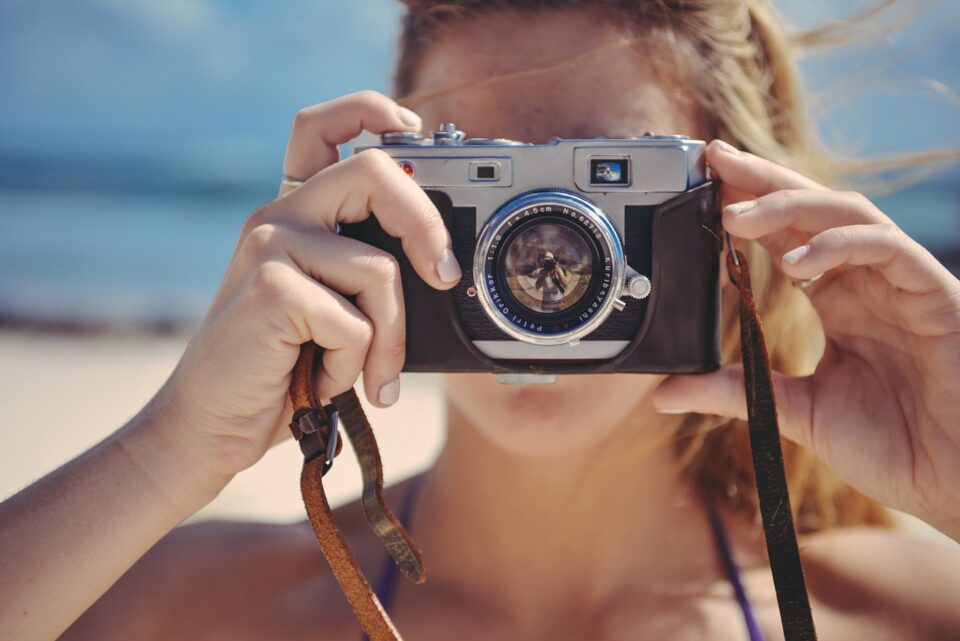 1. A film is never really good unless the camera is an eye in the head of a poet.-Orson Welles

2. The camera makes you forget you’re there. It’s not like you are hiding but you forget, you are just looking so much.-Annie Leibovitz

3. They say the camera never lies. It lies every day.-Cesar Romero

4. One should really use the camera as though tomorrow you’d be stricken blind.-Dorothea Lange

5. The camera makes everyone a tourist in other people’s reality, and eventually in one’s own.-Susan Sontag

6. A movie camera is like having someone you have a crush on watching you from afar – you pretend it’s not there.-Tom Stoppard

7. The camera is the slave to the actor.-John Cassavetes

8. The camera relieves us of the burden of memory. It surveys us like God, and it surveys for us. Yet no other god has been so cynical, for the camera records in order to forget.-John Berger

9. The camera cannot lie, but it can be an accessory to untruth.-Harold Evans

10. The older you get, the farther from the camera you need to be.-Heather Locklear

11. The camera can photograph thought. It’s better than a paragraph of sweet polemic.-Dirk Bogarde

12.The camera points both ways. In expressing the subject you also express yourself.-Freeman Patterson

13. The camera is one of the greatest liars of our time.-John Gunther

14. A camera exposes more than just an image. It also exposes the photographer.-Steve Coleman

15. If you think it, the camera will see it.-Wes Craven

16. The camera is as subjective as we are.-Bertrand Russell

17. Only the camera seems to be really capable of describing modern life.-Alexander Rodchenko

18. The camera is interested in what you are thinking as opposed to just what you are doing or saying.-Ajay Naidu

19. Your camera is the best critic there is. Critics never see as much as the camera does. It is more perceptive than the human eye.-Douglas Sirk

20. Cameras get in the way of seeing.-Le Corbusier

21. The camera is a mirror with a memory, but it cannot think.-Arnold Newman

22. Looking into the camera creates a special eye and soul contact.-Chiara Ferragni

23. When you are a photographer, you work all the time, because your eye is the first camera.-Patrick Demarchelier

24. You know, the camera is not meant just to show misery.-Gordon Parks

25. The camera can be the most deadly weapon since the assassin’s bullet. Or it can be the lotion of the heart.-Norman Parkinson

26. The single most important component of a camera is the twelve inches behind it.-Ansel Adams

27. The camera is no more an instrument of preservation, the image is.-Berenice Abbott

28. The thrill of being in front of a camera remains exactly the same.-Julie Andrews

29. The camera is the eye of history.-Mathew Brady

30. The camera is a fluid way of encountering that other reality.-Jerry Uelsmann

Entrepreneurial Quotes That Will Inspire You