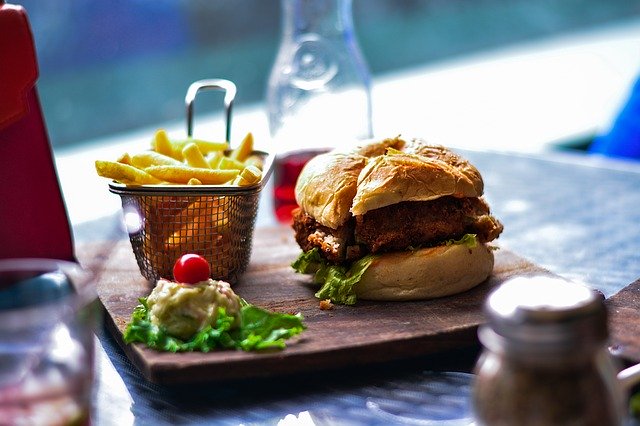 1. Fast food may appear to be cheap food and, in the literal sense it often is, but that is because huge social and environmental costs are being excluded from the calculations.-Prince Charles

3. Simply by starting to cook again, you declare your independence from the culture of fast food. As soon as you cook, you start thinking about ingredients. You start thinking about plants and animals and not the microwave. And you will find that your diet, just by that one simple act, that is greatly improved.-Michael Polan

4. A whole set of values comes with fast food: Everything should be fast, cheap and easy; there’s always more where that came from; there are no seasons; you shouldn’t be paid very much for preparing food. It’s uniformity and a lack of connection.-Alice Waters

6. We were taken to a fast food café where our order was fed into a computer. Our hamburgers, made from the flesh of chemically impregnated cattle, had been broiled over counterfeit charcoal, placed between slices of artificially flavored cardboard and served to us by recycled juvenile delinquents.-Jean Michel Chapereau

7. Sorry to hear about your Dad.’ He shrugged. He was seventy, and we always told him fast food would kill him. ‘Heart attack?’ He was hit by a Pizza Express truck.-J.A. Konrath

8. Fast food is popular because it’s convenient, it’s cheap, and it tastes good. But the real cost of eating fast food never appears on the menu.-Eric Schlosser

9. Like many other chef-entrepreneurs, I am convinced that fast food does not mean bad food.-Andrew Zimmern

10. Get people back Into the kitchen and combat the trend toward processed food and fast food.-Andrew Weil

11. The problem is when that fun stuff becomes the habit. And I think that’s what’s happened in our culture. Fast food has become the everyday meal.-Michelle Obama

12. f a wave of veganism washed over the land, in six months there would be Broccoli Kings, Taco Bell Peppers, and McTofu Drive-Thrus.-Brian Wansink

13. Eating at fast food outlets and other restaurants is simply a manifestation of the commodification of time coupled with the relatively low value many Americans have placed on the food they eat.-Andrew F. Smith

14. I think Americas food culture is embedded in fast-food culture. And the real question that we have is: How are we going to teach slow-food values in a fast-food world? Of course, its very, very difficult to do, especially when children have grown up eating fast food and the values that go with that.-Alice Waters

15. I’d been eating fast food all my life without thinking about it. And the more I learned about the subject, the more intrigued I became.-Eric Schlosser

17. Fast food is hugely important in the life of a comedy writer. All we do is order in, and what we’re going to eat is hotly debated.-Mindy Kaling

18. The American political system is like fast food – mushy, insipid, made out of disgusting parts of things and everybody wants some.-P.J. O’Rourke

19. We talk about, you know, diet and that we shouldn’t give our kids big things and obesity and fast food. Well, you know there are people who don’t have that problem because they’re not getting any food! We have so many deep problems and issues facing humanity.-Chris North

20. I don’t know any chef who doesn’t like fast food.-Paul Hollywood

21. When we get in late and the only thing open is fast food, it can be tough to maintain a healthy diet.-Mike Trout

22. We have sold ourselves into a fast food model of education, and it’s impoverishing our spirit and our energies as much as fast food is depleting our physical bodies.-Ken Robinson

23. If you’re out, and starving, and need a bite to eat, then you need fast food.-Nicholas Hoult

24. Prepared and fast foods have given us the time and freedom to see cooking as an art form – a form of creative expression.-Jeff Smith