Depression, suffering, and anger are all part of being human. Depression and loneliness felt good and bad at the same time. You should always battle depression instead of suffering with it. Here’re the 100 powerful depression quotes that will reignite your fire within.

1. “Depression on my left, loneliness on my right. They don’t need to show me their badges. I know these guys very well.” 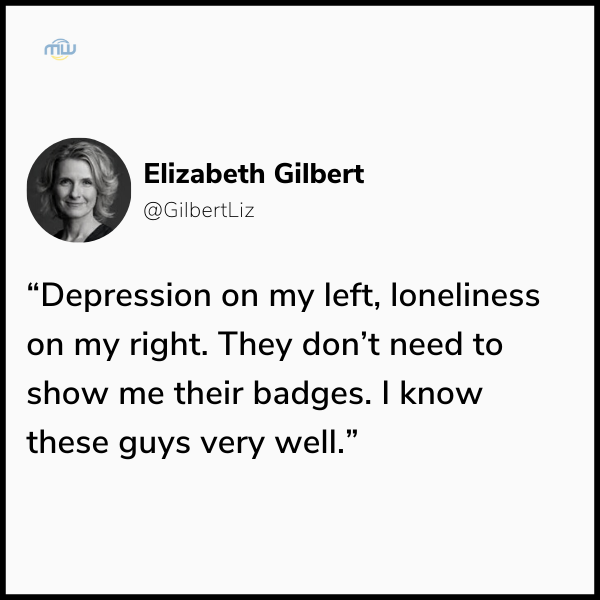 2. “At times, I feel overwhelmed and my depression leads me into darkness.”

3. “Keep yourself busy if you want to avoid depression. For me, inactivity is the enemy.”

4. “Depression taught me the importance of compassion and hard work, and that you can overcome enormous obstacles.”

5. “Depression is living in a body that fights to survive, with a mind that tries to die.”

6. “You largely constructed your depression. It wasn’t given to you. Therefore, you can deconstruct it.”

7. “The only thing more exhausting than being depressed is pretending that you’re not.”

8. “I’m very available to depression. I can slip in and out of it quite easily. It started when my granddad died, when I was about 10, and while I never had a suicidal thought, I have been in therapy, lots.”

9. “I used to be good friends with my depression, saying oh I’m so depressed, or life is terrible.”

10. “I was so scared to give up depression, fearing that somehow the worst part of me was actually all of me.” 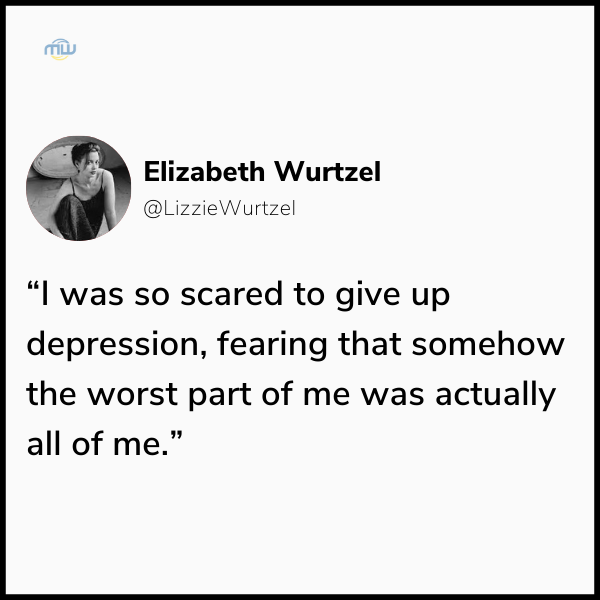 12. “A depressing and difficult passage has prefaced every page I have turned in life.”

13. “Depression lies. It tells you you’ve always felt this way, and you always will. But you haven’t, and you won’t.”

14. “Every thought a person dwells upon, whether he expresses it or not, either damages or improves his life.”

15. “There are times when explanations, no matter how reasonable, just don’t seem to help.”

16. “That’s how depression hits. You wake up one morning, afraid that you’re gonna live.”

17. “Concern should drive us into action and not into a depression. No man is free who cannot control himself.”

18. “Enthusiasm is followed by disappointment and even depression, and then by renewed enthusiasm.”

19. “Depression is frustrating. It’s knowing there’s so much to be grateful for and happy about and to enjoy, but you just can’t get there.”

20. “I tend to get pretty depressed and I have some issues with anxiety and things like that … For me, it’s more psychological. Exercise is a means of expelling those demons.” 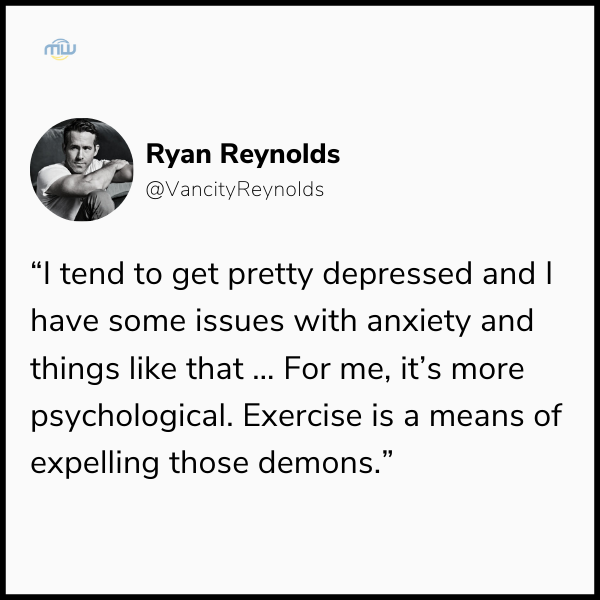 21. “Depression isn’t about, ‘Woe is me, my life is this, that and the other’, it’s like having the worst flu all day that you just can’t kick.”

23. “Our generation has had no great war, no Great Depression. Our war is spiritual. Our depression is our lives.”

24. “If you have been brutally broken but still have the courage to be gentle to other living beings, then you’re a badass with a heart of an angel.”

25. “Frustrations come because we impose our illusions on reality.”

26. “I might look successful and happy being in front of you today, but I once suffered from severe depression and was in total despair.”

27. “That terrible mood of depression of whether it’s any good or not is what is known as The Artist’s Reward.”

31. “Anger is energizing. The opposite of anger is depression, which is anger turned inward.”

32. “I was born with a great awareness of my surroundings and other people … Sometimes that awareness is good, and sometimes I wish I wasn’t so sensitive.”

33. “Almost everyone is overconfident except the people who are depressed, and they tend to be realists.”

36. “I do suffer from depression, I suppose. Which isn’t that unusual. You know, a lot of people do.”

37. “Only those with skin as thick as elephant hide can hope to sail through their teens unscathed by self-doubt and bouts of depression.”

38. “They always call depression the blues, but I would have been happy to waken to a periwinkle outlook. Depression to me is urine yellow, washed out, exhausted miles of weak piss.”

39. “Depression and anxiety are a symptom of too much consumption and too little creation. You were put on this earth to create.”

40. “Depression isn’t a disease; depression is a normal response to abnormal life experiences.” 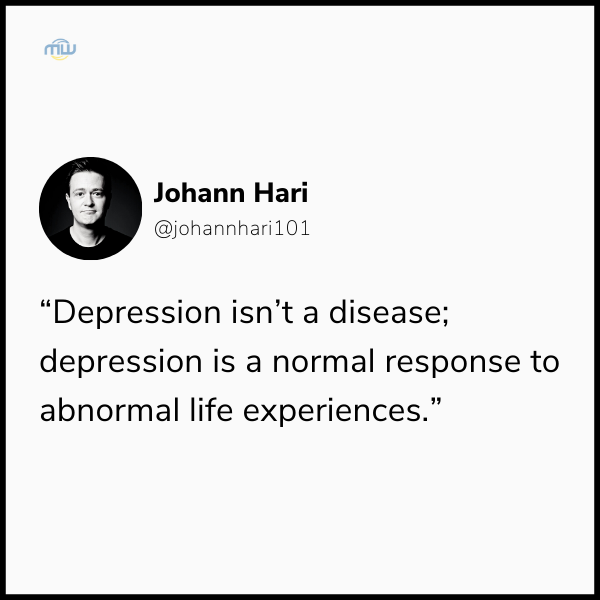 41. “Being an actress hasn’t made me insecure. I was insecure long before I declared I was an actress.”

42. “All it takes is a beautiful fake smile to hide an injured soul and they will never notice how broken you really are.”

45. “Clinically speaking, depression is a pessimistic sense of your own capabilities, and despondent lack of energy.”

47. “Depression doesn’t take away your talents—it just makes them harder to find.”

48. “The fundamental delusion – there is something out there that will make me happy and fulfilled forever.”

49. “All depression has its roots in self-pity, and all self-pity is rooted in people taking themselves too seriously.”

50. “Depression doesn’t take away your talents—it just makes them harder to find.” 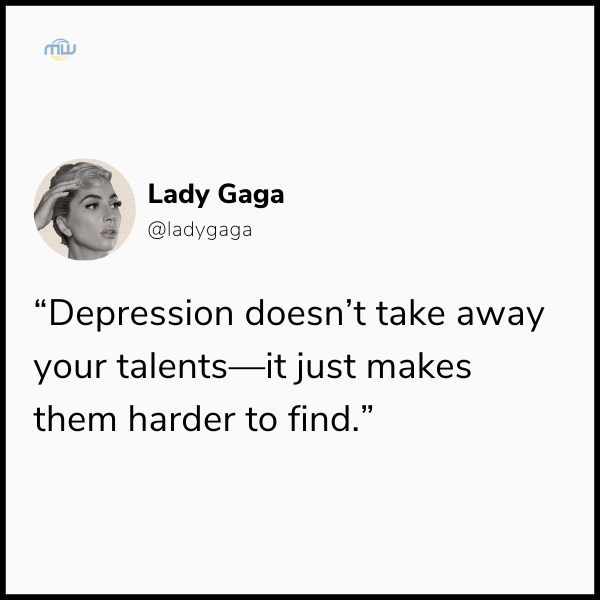 51. “No storm, not even the one in your life, can last forever. The storm is just passing over.”

52. “Noble deeds and hot baths are the best cures for depression.”

53. “The world of manic depression is a world of bad judgment calls.”

54. “There is no normal life that is free of pain. It’s the very wrestling with our problems that can be the impetus for our growth.”

55. “There will always be suffering. But we must not suffer over the suffering.”

56. “We cannot simply sit and stare at our wounds forever. We must stand up and move on to the next action.”

57.“Almost everyone is overconfident—except the people who are depressed, and they tend to be realists.”

58. “Do not get lost in a sea of despair. Do not become bitter or hostile. Be hopeful, be optimistic.”

59. “Only stepping out of old ruts will bring new insights.”

60.“With depression, one of the most important things you could realize is that you’re not alone.” 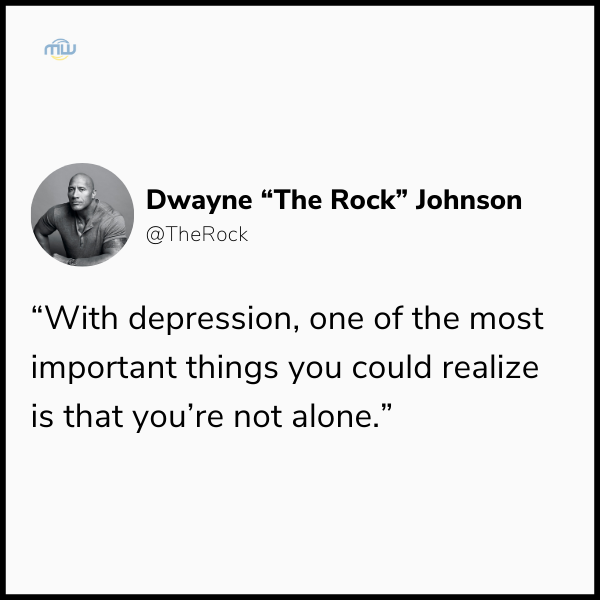 61. “I’ve had some dark nights of the soul, of course, but giving in to depression would be a sellout, a defeat.”

62. “You don’t have to live a lie. Living a lie will mess you up. It will send you into depression. It will warp your values.”

63. “Before you diagnose yourself with depression or low self-esteem, first make sure that you are not, in fact, just surrounded by assholes.”

64. “Choose everyday to forgive yourself. You are human, flawed and most of all worthy of love.”

65. “It’s brilliant, being depressed; you can behave as badly as you like.”

67. “Art saved me; it got me through my depression and self-loathing, back to a place of innocence.”

68. “Depression and anxiety can’t fit in your head if you’re cultivating feelings of joy and inspiration.”

69. “I found that with depression, one of the most important things you could realize is that you’re not alone.”

70. “A big part of depression is feeling really lonely, even if you’re in a room full of a million people.” 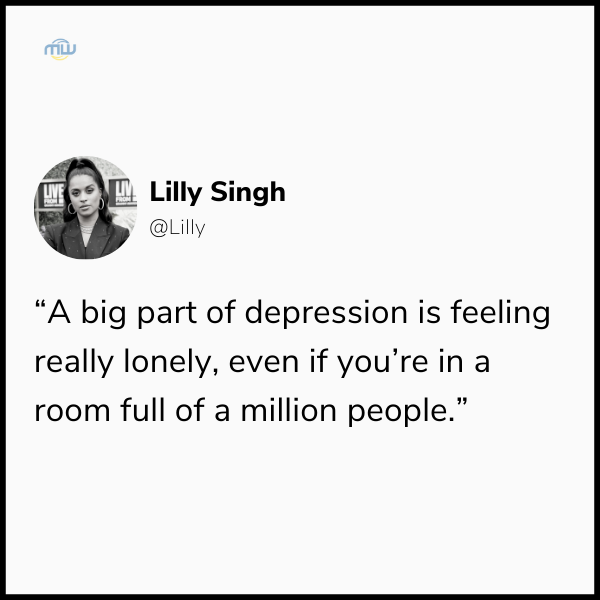 71. “I’ll never forget how the depression and loneliness felt good and bad at the same time. Still does.”

72. “I have depression. But I prefer to say, ‘I battle’ depression instead of ‘I suffer’ with it. Because depression hits, but I hit back. Battle on.”

73. “Depression is being colorblind and constantly told how colorful the world is.”

74. “It is very hard to explain to people who have never known serious depression or anxiety the sheer continuous intensity of it. There is no off switch.”

75. “Mental illness is so much more complicated than any pill that any mortal could invent.”

76. “Depression, suffering and anger are all part of being human.”

77. “There are wounds that never show on the body that are deeper and more hurtful than anything that bleeds.”

78. “Every man has his secret sorrows which the world knows not; and often times we call a man cold when he is only sad.”

79. “When people don’t know exactly what depression is, they can be judgmental.”

80.“Maybe we all have darkness inside of us and some of us are better at dealing with it than others.” 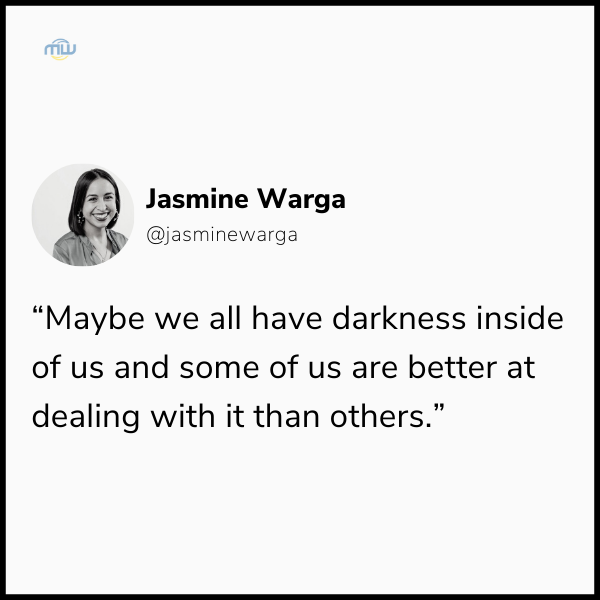 81.“Depression on my left. Loneliness on my right. They don’t need to show me their badges. I know these guys very well.”

82. “That is all I want in life: for this pain to seem purposeful.”

84. “Depression is feeling like you’ve lost something but having no clue when or where you last had it. Then one day you realize what you lost is yourself.”

85. “I don’t want to do anything. I don’t even want to start this day because then I’ll just be expected to finish it.”

86. “You’re not a bad person for the ways you tried to kill your sadness.”

87. “I need one of those long hugs where you kinda forget whatever else is happening around you for minute.”

89.“You’re like a grey sky. You’re beautiful, even though you don’t want to be.” 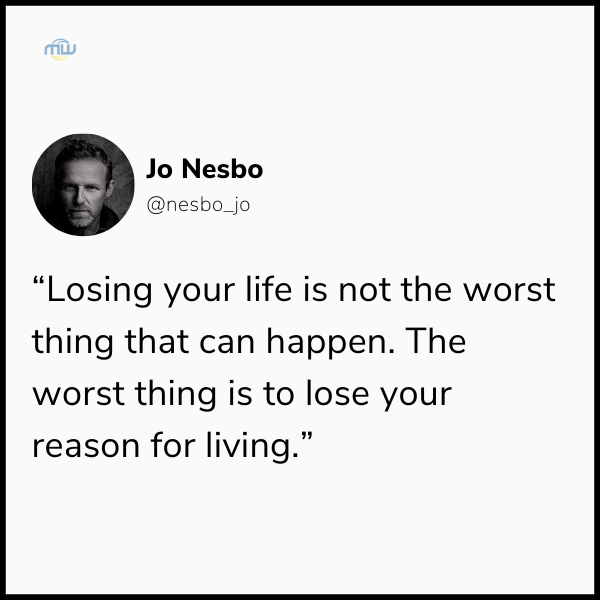 91. “Depression is melancholy minus its charms.”

92. “Life is ten percent what you experience and ninety percent how you respond to it.”

93. “Depression isn’t a war you win. It’s a battle you fight every day. You never stop, never get to rest. It’s one bloody fray after another.”

94. “I am terrified by this dark thing that sleeps in me; All day I feel its soft, feathery turnings, its malignity.”

95. “Depression is like a bruise that never goes away. A bruise in your mind. You just got to be careful not to touch it where it hurts. It’s always there, though.”

97. “The hardest thing about depression is that it is addictive. It begins to feel uncomfortable not to be depressed. You feel guilty for feeling happy.”

99. “In the silence of night I have often wished for just a few words of love from one man, rather than the applause of thousands of people.”

100.“Perhaps depression is caused by asking oneself too many unanswerable questions.” 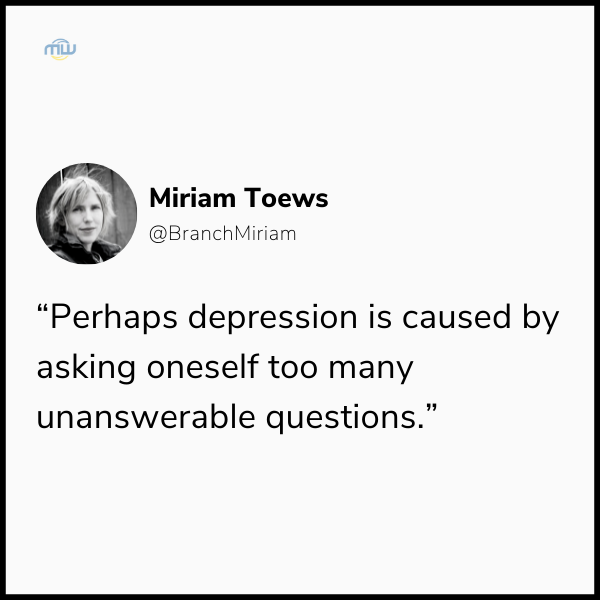 150 Quotes To Make Him Feel Very Special And Loved